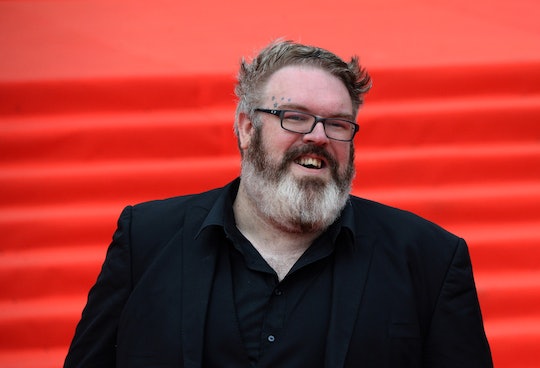 Every death on Game of Thrones is tragic in its own way (unless it's Joffrey, in which case bye) but saying goodbye to Hodor is one of the saddest so far. Hodor was always there for Bran, and he was one of the few innocents left on the show. It may be sad, but there are still Hodor memes that will keep his memory alive. R.I.P. Hodor.

Hodor has been meme-worthy since his introduction thanks to his signature phrase, but it's one that has become a hell of a lot more tragic now that fans know just why he couldn't say anything else except Hodor. It's a phrase that's tinged with a lot more melancholy than it once was, but there's no reason not to enjoy memes of times past as fans collectively pour one out for the dearly departed Hodor.

Luckily, lols are born out of tears, and the explanation for Hodor's signature phrase has birthed a new meme all on its own. Hodor's name ended up being an abbreviated version of Meera yelling at him to "hold the door!" while they escaped wights and Walkers, and now every time you ask someone to hold the door for you, you will think of Hodor.

For the nostalgic, enjoy some Hodor of days past, when times were more innocent and no one had to deal with shedding a tear over a casual phrase. Back when Hodor was just an nonsense word uttered by the sweetest, tallest man in Westeros, these memes ruled supreme.

However, if you like a little bit (okay, a lot of) pain with your laughs, then the internet has answered your prayers – and tried to soothe your Game of Thrones-related trauma.

Learning more about a character just before you have to say goodbye to them forever is one of television's cruelest and most favorite tricks to play. After keeping Hodor's origins pretty mysterious for five seasons, fans finally learned everything about him only to lose him moments later. It's sure to be a moment that sends Bran reeling as much as it does the audience, and like the most unfair moments on Game of Thrones, everyone will be feeling it for a long time afterwards.

Comfort yourself with the fact that Hodor died a hero, protecting Bran like he had done for Bran's entire life. He went out in the best way possible: doing a good deed, something rare in the world of the show.

Try not to cry too much. Okay, cry a lot.