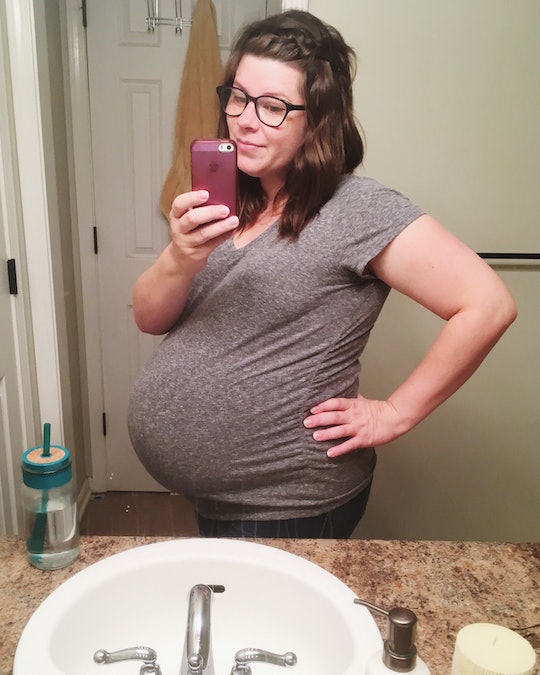 Carrying past your due date is a fairly typical experience. In fact, there was research published in the '90s that suggests that most first-time moms will carry to 41 weeks gestation and a good portion of second-time moms will deliver three days after they hit 40 weeks. The evidence provided by these studies seems to prove that carrying “late” isn’t actually late at all.

Unfortunately, no amount of evidence makes staying pregnant after your estimated due date easier. Even though I knew all of these things going in to my third pregnancy and I also knew I had carried full-term or longer with my first two pregnancies, I admit I was hoping for an early or “right on time” delivery. But when my due date came and went and my baby didn't make an appearance, I'm glad I didn't rush the decision to induce.

The days and weeks leading up to my due date were pretty rough. Being pregnant is tiring enough, but the added burden of caring for a 4 year old and 2 year old only added to my exhaustion. I stayed as active as possible, making plans with friends frequently, distracting myself with projects around the house, but still I couldn’t keep myself from obsessing about the date I'd been given by my doctor. I wanted relief from the late-pregnancy symptoms: the sleeplessness, pelvic pain, and the heartburn. More importantly, I wanted to meet my son.

I felt that maybe, if I gave my body a little extra time, it would do what it was supposed to do without medical intervention. So I called my doctor and cancelled my induction, which was scheduled for 40 weeks and four days gestation.

Adding to my anticipation were regular symptoms and signs of early labor. Every evening, I'd feel the discomfort of regular contractions, only to have them subside once I crawled into bed to get some rest. Each night, I went to bed hopeful that I'd meet my baby soon soon, but woke up disappointed to find my contractions hadn’t turned into active labor. So when my due date came and I made the trip to my hospital for my 40-week appointment, I was disappointed. Honestly, I'd hoped I wouldn’t make it to 40 weeks, but at that point it was starting to feel like my body was never going to go into labor without an induction. So, when my doctor brought up scheduling an induction, I didn’t protest. In fact, I scheduled my induction for later that week.

The next day, I woke up anxious. I worried that I'd made the wrong decision. I felt that maybe, if I gave my body a little extra time, it would do what it was supposed to do without medical intervention. So I called my doctor and cancelled my induction, which was scheduled for 40 weeks and four days gestation. The day I'd originally been scheduled to induce, I went in for biophysical profile. They checked my fluid levels, counted the baby’s movements, and even estimated his weight. I left with a slip of paper in my hand telling me he was healthy, but he was big, nearly 10 pounds. And I wondered if I was making a mistake. Could my body handle a baby this big? What if I didn’t go into labor for another week and he only got bigger? What if I ended up with a c-section because I'd waited so long?

I was so glad I had given my body the chance to prove that it could do this on its own, that I didn’t need my doctor to decide my child’s birthday.

But later on that night, my water broke. After waiting for so long, I could hardly believe it was actually time to meet my baby. Labor wasn’t easy. It stalled once, requiring a small dose of Pitocin to start my contractions again. But I was so glad I had given my body the chance to prove that it could do this on its own, that I didn’t need my doctor to decide my child’s birthday.

Since I'd been induced with my first, I knew just how hard it was to be induced before my body was ready. I hadn't been dilated at all when we started my induction, and it made for a painful and difficult start to my first labor. This was only made more difficult by the fact that, once I was induced, I couldn't move from my bed since continuous fetal monitoring is a required part of an induction. I knew from that experience, and my second labor, that being able to walk around during labor was important to stay comfortable through contractions for me.

When he finally arrived, I was 40 weeks and five days gestation, and he was, surprisingly, not 10 pounds. He was much lighter than they had anticipated, just over 8 pounds. I know that not everyone can avoid an induction, but in my case it wasn't necessary. He was healthy and so was I and I was at peace with the decision I'd made not to induce. Honestly, if I had induced, I think I may have never believed that it's OK to trust myself and my body, and to be strong enough to carry my baby until he was ready to arrive.