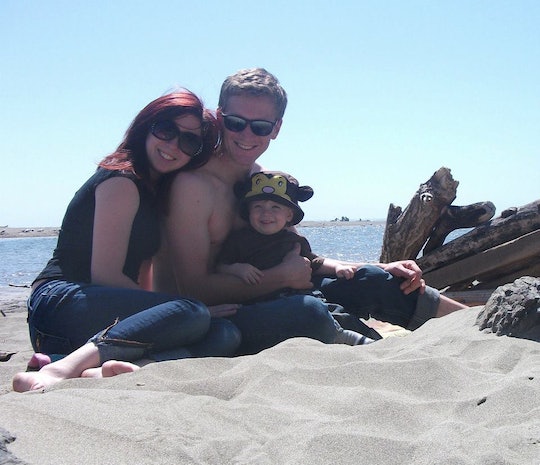 Honestly, Marriage Is So Much Harder After Kids

When I was engaged, I often heard about how hard marriage was. Marrying my husband was something people told me we'd have to work at every single day. It was supposed to be the hardest thing I would do in my life, that is of course, until I had children. However, I didn’t find that to be true. Marriage was actually really easy for me. I didn’t feel like we had to work hard to make our marriage work. It was effortless. We were happy, we were good at communicating, and we hardly ever fought. It wasn’t until we became parents that I realized just how difficult marriage could be, because honestly, marriage is so much harder after kids.

When my husband and I got married, I secretly thought we were a little bit better than everyone else who talked about how hard it was. I didn’t imagine that it would always be smooth sailing, but I thought we were somehow better equipped to handle the waves life would throw at us, including when we became parents. However, it didn’t take long after I gave birth to realize just how wrong I was. Our once easy marriage suddenly became incredibly difficult, and because we had always enjoyed such an effortless relationship, I didn’t know how to cope. Neither did my husband.

Even though our relationship has become stronger over the last five years since we've become parents to three incredible kids, I know what we once had will never again be effortless or easy.

I thought I was ready for the endless sleepless nights, because I had my first child a mere week after my own college graduation. I was already used to pulling all nighters or getting up at 4:00 a.m. to write out essays I'd procrastinated on finishing for too long. I was used to stress. I was used to an unpredictable schedule. If this was the life my husband and I were already used to, I figured our transition into parenthood wouldn’t faze our relationship too much. Obviously, I was wrong.

To be honest, our marriage was never the same as it was before we had kids. It had changed almost the moment our son was placed in my arms. So had we.

The exhaustion of new parenthood, however, was not the sort of exhaustion I was used to. It was deeper and more physically and emotionally consuming. The energy I used to put toward my relationship with my husband was sapped up by the demands of new motherhood, and then some. Even though my days at home with our newborn were lonely, I hardly had any desire to talk to my husband at the end of the day when he came home. I was too spent from caring for our son.

Not only did I not want to talk about my own day or even hear about his, I didn’t have the energy to communicate at all. I was used to my husband always intuitively knowing what I needed, but now that I was a mother, it seemed like everything had changed overnight. I wasn’t even entirely sure what my needs were, but I knew they weren’t being fulfilled. I had to learn to really communicate for the first time, which was no easy task while I was simultaneously struggling with the steep learning curve of parenthood.

I have to consciously remember to take care of my marriage, to remember to look at my husband as the person I love, not just my parenting partner.

We had to completely rework our relationship, relearn everything we thought we knew about one another, and to be honest, our marriage was never the same as it was before we had kids. It had changed almost the moment our son was placed in my arms. So had we. I never thought there would be a day where I would have to remind myself to greet my husband when he came home, or remember to kiss him goodbye, because I become so swept up in the day-to-day care of our children. Now I look to him for relief from the constant demands of our kids.

I have to consciously remember to take care of my marriage, to remember to look at my husband as the person I love, not just my parenting partner. With the constant demands of the three kids we have now, that is much, much easier said than done. Ever since we became parents, our relationship has no longer been the center of my world, and I have to work hard to prioritize it and keep it healthy.

Even though our relationship has become stronger over the last five years since we've become parents to three incredible kids, I know what we once had will never again be effortless or easy. There will always be new obstacles for us to overcome, and new struggles we will have to work out. But no matter how hard it is, I know, even though it's easy to forget in the fog of parenthood, that our relationship will always be worth the effort. I just have to find the energy for it.