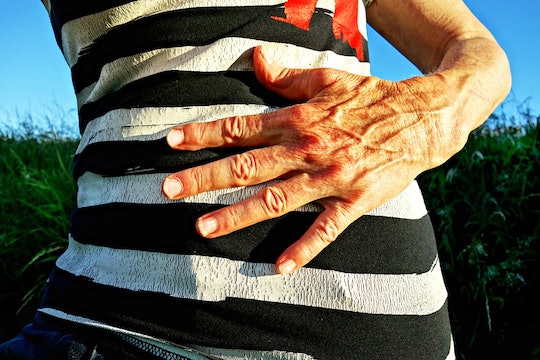 Here's How A Tilted Uterus Affects You Later In Life

If you've been told you have a tilted or retroverted uterus, you're not alone. A tilted uterus is discovered during a vaginal exam, and it may cause you to have several questions about what that means or if you will have to change your lifestyle. One of the major questions that arises is over how a tilted uterus affects you later in life. Although it sounds like it may be a big deal, many times it's not. According to Feminist Midwife, "Depending on number of pregnancies/babies, gynecological history, body structure, menses, or physical health, uterine position may change." Oftentimes, the uterus just shifts as you age and alter, and that's completely natural.

Women's Health shared that your uterus is an extremely pliable organ that's hollow, pear-shaped, and able to flex well. And that doesn't change with a tilted uterus. However, you may notice that a tilted uterus has an effect on a few other areas as you progress through life. Although a tilted uterus generally doesn't have a major impact on women as a whole, things like sex, menstruation, bladder control, and underlying conditions may be slightly affected by a tilted uterus. Find out how a tilted uterus may affect you later in life below.