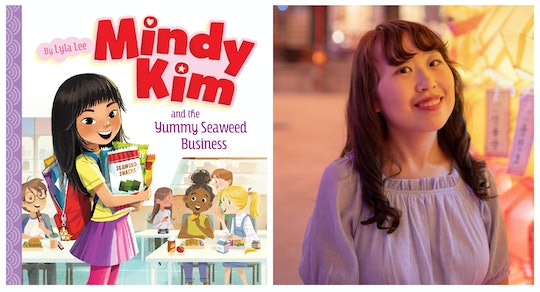 How Being the New Girl Inspired Me to Write For Kids

I will never forget the time when the kids at my new school formed a circle around me during recess to tell me I was different.

“You’re Chinese-eyed!” said one boy, pulling at the corners of his eyes so they became slits. “Chinese-eyed!”

A chorus of other kids joined in, mirroring his words and actions. Thrown totally off-guard, I was left truly speechless. I couldn’t even find the voice to tell the kids that I’m Korean, not Chinese. Newly transplanted from a much more diverse school in California where many other kids looked like me, I was wholly unprepared for the culture shock of moving to a small, predominantly white town in northeastern Florida. Outside of school, our neighbors stared at me when I played in our front yard. The grown-ups I met commented on my “exotic” eyes and “Oriental” features. Elders told me about their memories of serving in wars in Asia that I didn’t even know much about at the time. And people stared at my family when we went to Walmart. For the first time in my life, I found myself constantly grappling with the experience of being an “Other.”

Gradually, though, I got used to it. I adapted. I read every book I could get my hands on at our school library, finding comfort in familiar characters and worlds when I didn’t see any friendly faces. When my classmates raved about Pokémon and Yu-Gi-Oh!, I took pride in the fact that these shows were Asian like me. I did my best to make new friends and excelled in my classes. The friends I eventually made in my school in Florida became important parts of my life, and one of my favorite childhood memories is the countless roleplaying games that my friends and I played in the school playground, pretending to be Pokémon masters or wizards from Harry Potter. Along with the books I read, the games I played then fueled my imagination, sowing the seeds for my development as a writer. Mrs. Brown, a teacher I had during my second year at this school, greatly inspired me because of how she brought our entire class together with her stories. Last but not least, a friend and I started a snack trading business using our seaweed snacks, a fun albeit surreal experience that became the main source of inspiration for my debut novel. Thus, my years in Florida were seminal to my becoming an author, and I’m not sure if I’d even be writing books as a career today without this experience.

Despite my rough beginnings, I genuinely had fun at that school and was heartbroken when I moved away in the beginning of fifth grade. Because of my dad’s job, my parents and I moved to a very diverse suburb of Dallas that was more like my city back in California. I was once again one of the many, many Asian kids at school. And although it was nice to no longer stick out in the crowd, I was a new kid once more, and I found myself dearly missing the friends I made at my old school in Florida. I stayed in contact with a handful of them for years, exchanging letters and emails and then adding each other on Facebook as the years passed. Thanks to modern social media, I still keep contact with a few today.

For the most part, though, I largely forgot (or rather, chose not to think) about what happened when I first moved to Florida until I was in college, when I watched the first two episodes of ABC’s Fresh Off the Boat with other Asian American students in our student union building at USC. Everyone rejoiced at the wonder of finally seeing a major network TV show about a family of Asians. But the show had a whole another level of relatability for me. Fresh Off the Boat is set in Orlando and follows the often-humorous struggles of an Asian-American family trying to navigate through their new, predominantly white neighborhood. Watching the TV show felt like a bizarre out-of-body experience, like someone was reflecting my own years in Florida back at me. It’s the first time I realized that stories like my own are worth telling. And that’s how I ended up writing the Mindy Kim series.

In the first book of Mindy Kim, Mindy Kim and the Yummy Seaweed Business, Mindy and her dad moves to a new town similar to the one I moved to many years ago. At her new school, she struggles to find her place — at the lunch table, at recess, and among her new classmates who don’t look like her. I dedicated this first book to “all the new kids out there,” since, growing up, I was the perpetual new kid. Now as an adult, I write for not only the kids who don’t have friends who look like them but also the kids who simply want to get more in touch with their own culture or learn about new ones. I write to spread open-mindedness and understanding so there will hopefully be less kids who go through what I went through when I first moved to Florida.

Lyla Lee is the author of Mindy Kim and the Yummy Seaweed Business, out January 14.