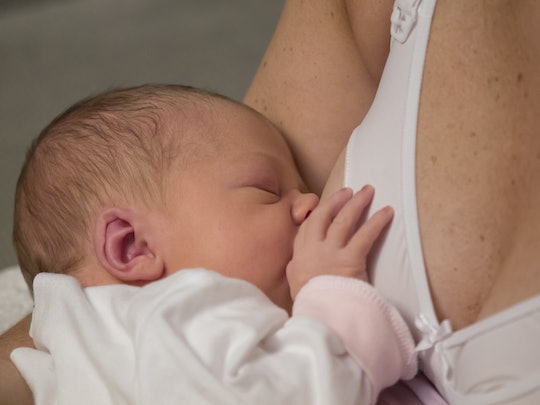 How Breastfeeding Affects Your Period

When I was newly pregnant, I overheard another woman in the OB-GYN's waiting room talk about how her mother told her she couldn't get pregnant while breastfeeding. "I didn't even have my period yet," she proclaimed to the horrified mother coming in for first postpartum check-up with a newborn baby in tow. Up to that point I hadn't even thought about how breastfeeding affects your period. Sure, I had heard that your period was irregular when you were breastfeeding, but why? And, for how long?

According to La Leche League International (LLLI), new mothers who exclusively breastfeed may not see the return of their menstrual period for six month or longer. This is known as lactational amenorrhea and occurs because frequent nursing inhibits the release of the hormones that cause ovulation. However, some breastfeeding moms get their periods much sooner. Once the baby starts sleeping through the night or if you start supplementing some feedings with formula, your body may begin to ovulate. According to Very Well, neither pumping nor hand expressing your breast milk has the same effect on holding off your period as breastfeeding does.

Because ovulation occurs two weeks prior to menstrual bleeding, you might get pregnant if you have unprotected sex while breastfeeding. Parenting suggested keeping an eye out for signs of ovulation such as an increase in vaginal mucus, temperature spikes, and discolored discharge. According to Baby Center, you are less likely to ovulate if you're feeding your baby often during the day, without giving extra fluids or solids, your baby uses your breast for comfort sucking instead of a pacifier, you co-sleep, and you keep your baby close to you in a sling or carrier during the day.

If you have been period-free while breastfeeding, your baby is older than six months, and you are interested in becoming pregnant again, you can start adding solids into your baby's diet, according to Parenting. This will help signal to your body that your baby is no longer 100 percent dependent on your breast milk and ovulation can restart.

LLLI noted that you may have a slight temporary drop in milk supply when your period returns which can make your baby fussy. According to Very Well, the taste of your breast milk may change temporarily, as well. If you continue to breastfeed, your supply and the taste should return to normal. It's also common for your period to be irregular for several months after it returns. Consult with your doctor if you period doesn't return several weeks after weaning.