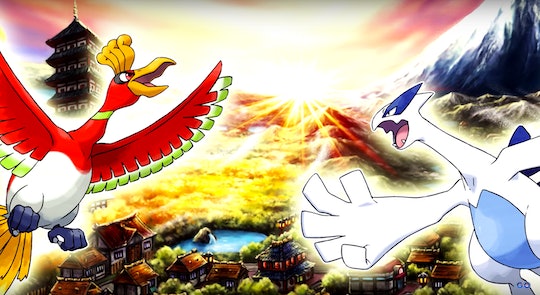 How Can I Get My Eggs To Hatch Faster On 'Pokemon Go'? Players Want A Walking Alternative

When "Pokemon Go" debuted two weeks ago, the newly minted Pokemon trainers of all ages were fixated on ascending through the levels by catching the pocket monsters at real-life landmarks and, eventually, hitting up a gym for battle. As Pokenthusiasts rapidly matured and their fondness for Pokemon deepened, some developed parental instincts toward them, and found it's beneficial to raise some Pokemon from the time they're hatchlings. But this is still a video game, albeit a non-sedentary one, so the collective impatience very soon set in, and those anxious to meet their new Clefairys and Aerodactyls needed to know: How, how, how can I get my "Pokemon Go" eggs to hatch faster?

Perhaps one of the most innovative and surprising aspects of this wildly popular augmented reality smartphone game is the fact that it requires players to get out and move, much unlike most video games. And that's incredibly important for bringing Pokemon into the virtual world more quickly — so much so that their eggs are divided into categories based on how far a trainer needs to walk before they'll hatch. The more valuable the Pokemon, the farther the journey.

And some cheating methods, like riding around in a car or hopping on a treadmill, just won't fly.

Gamers can acquire Pokemon eggs pretty simply, by just dropping by a Pokestop, which may be public art installations, historical markers, and monuments — any cool or notable landmark in an actual, real-life city or town. Once you pick one up, you essentially travel around with it in an Egg Incubator until it's ready to hatch. And that'll happen once you've racked up those walking miles.

The Pokemon are categorized by their rarity. Hatching a common Jigglypuff, for example, requires 2 kilometers, or about 1.2 miles, of walking with the app on, in order to hatch, according to The Telegraph. Users have to walk for 5 kilometers, or just over three miles, to bring a mid-level Pokemon into the "Pokemon Go" world, and a valuable Snorlax will emerge from its egg after more than six miles (10 kilometers) of time on the virtual move.

The game automatically discredits phones it picks up moving faster than a normal person would walk or jog, so driving around won't work. Also, "Pokemon Go" uses a GPS signal, so it doesn't just count steps, but actual distance canvassed. And Paul Tassi at Forbes noted that the app measures straight distance, meaning that the GPS delay could discredit people who take meandering routes or walk in literal circles to try to get the job done. Here's the gist:

For example, in a city block, you might walk from corner A to corner B, turn right and go to corner C. But by the time GPS figures out distance, you may only get credit from the flat distance between A and C. This explains why those setting out for five mile runs/walks are sometimes only coming back with 3-4 km, if their paths are particularly windy. Want consistent distance? Go straight.

But, as always, dedicated (and lazy) trainers are finding creative ways to circumvent the whole point of the game, which is to get people to get out and discover their cities and neighborhoods on foot. Instead, some are attaching their cellphone to their dogs, Roombas, and even little brothers, which are dubious strategies at best:

For those legitimate Pokemon trainers out there, Tassi wrote that purchasing Egg Incubators is an effective way to maximize the number of Pokemon eggs they can raise at a time. Every player has one, but there's also the option to purchase more to simultaneously prepare eggs for hatching. Treat them right, and they'll make you proud!