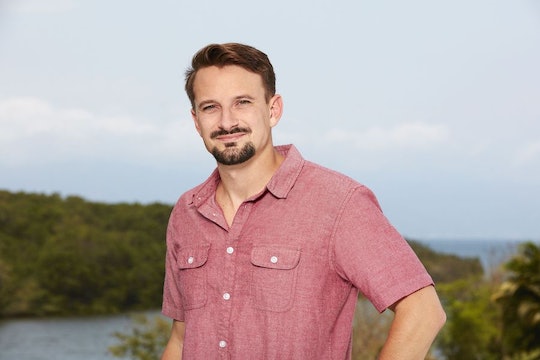 How Can You Get Evan’s Beard? The ‘Bachelor In Paradise’ Star Has A New Look

Ever since Evan Bass first appeared on JoJo Fletcher's season of The Bachelorette, the erectile dysfunction specialist made a distinct impression on viewers. Physically, Evan isn't the typical Bachelorette suitor – in a season where the final four tall and strapping dudes were like eerie doppelgangers of one another, shorter, thinner Evan stood out. Also, there was Evan's not-terribly-flattering beard, which brought about many unsavory jokes from both season villain Chad Johnson and viewers alike. But now, thanks to the loving influence of his brand new fiancee Carly Waddell, Evan's beard is gone. But how can you get Evan's beard?

Viewers tended to either love Evan or hate him – there were few who fell somewhere in between – but the consensus on the beard was much more clear. It was a firm (seriously, FIRM) "no." Many described the beard as a "creeper" beard, and Evan himself was clearly aware that his fanbase (and also his haters) thought that his facial hair was particularly unflattering.

So, as expected, the news that Evan would be "changing up his look" LIVE on After Paradise hit the Internet like a hurricane.

Carly and Evan, alongside the other newly-engaged Bachelor in Paradise Season 3 couples Grant and Lace and Josh and Amanda, appeared on the post-finale episode of After Paradise to discuss their love story and their plans for the future. In the final moments of their segment, Evan revealed that he would be shaving off his "creeper beard." Hilariously, Carly and guest host/comedian Nikki Glazer were armed and ready with an electric shaver and some kind of weird bowl thing, respectively, in order to facilitate the immediate shaving.

After Paradise co-host Michelle Collins joked that they'd be auctioning off Evan's beard clippings after the show, but who knows whether that's legit or not. In any event, when Evan and Carly reappeared at the end of the finale episode, his beard wasn't quite shaved – it was more like a trim.

Regardless, I honestly do think that, after all that Evan's beard has put us viewers through, people (particularly "Evanly" fans) would be more than happy to buy parts of it as a weird memento of this season. Or perhaps Chad Johnson would buy it. I can totally see him doing something like that, for some nefarious reason.