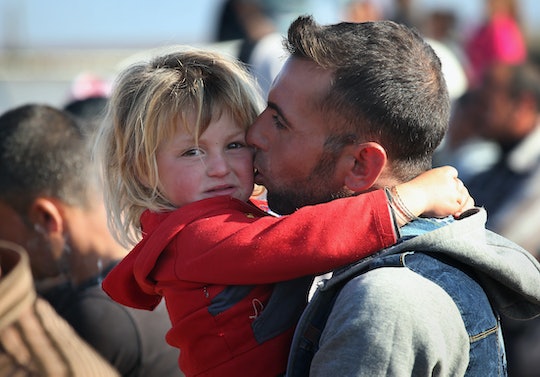 How Can You Help Syrian Refugees? It's Easier Than You Might Think

It's hard to believe that four years have passed since the Syrian Civil War began with protests against President Assad's government, which responded to the protests with violent crackdowns on innocent civilians. Since those bloody beginnings now known as the Arab Spring, more than 240,000 people have been killed, according to World Vision, and 12 million Syrians have left their homes. The majority of Syrian refugees are in Turkey, Lebanon, and Jordan, but just this year alone, more than 700,000 have made the dangerous journey to Europe in hopes of a better life. It's difficult not to feel hopeless when facing a crisis of such gargantuan proportions, but the amazing truth is that organizations and individuals all over the world work every day to help the Syrian refugees.

True, it's an uphill battle. According to U.S. News & World Report, major international aid organizations like the United Nations Children's Fund are billions of dollars short of the estimated $4.5 billion needed to fully address the Syrian refugee crisis. As a result of this budgetary shortfall, nations, individuals, and organizations are dreaming up creative ways to help those in need. With that in mind, here are some great ways to lend a helping hand to the Syrian refugees: