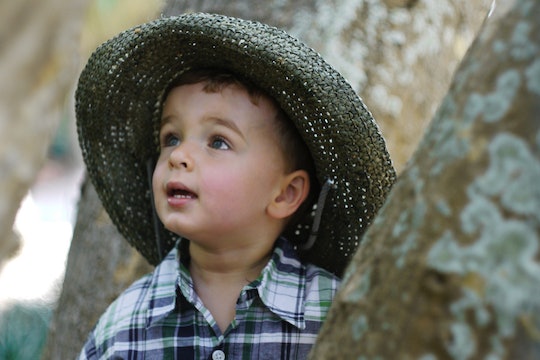 How Can You Prevent Toddlers From Getting Zika? It's Relatively Easy

It has become increasingly clear that Zika isn't going anywhere any time soon, and parents of small children are understandably concerned. Many are curious about how to prevent toddlers from getting Zika. The short answer is that small children contract Zika the same way that adults do: via mosquito bite. It's therefore important that parents consider avoiding travel to areas where Zika is prevalent, or stocking up on insect repellant if that family getaway to the Caribbean isn't on the cancellation list.

The list of countries hit hardest by Zika is easily accessible at the website of the Centers for Disease Control and Prevention (CDC). Countries of particular concern to U.S. travelers include Brazil, Ecuador, Costa Rica, Mexico, Puerto Rico, and many of the Caribbean islands. Parents of small children might consider planning a trip to Florida or Hawaii instead of Jamaica or the Virgin Islands.

That being said, while the CDC recommends that travelers to Zika regions "practice enhanced precautions," they don't actually recommend against travel—unless the traveler is a woman who is pregnant or trying to become pregnant (or a man having sex with a woman who is, or could be, pregnant). Zika is most dangerous from pregnant women because it has been linked to microcephaly, a severe birth defect, in babies who contracted Zika in utero. Recently, the virus has also been linked to premature birth, vision problems, and other congenital defects.

For everyone else, though, Zika causes only a mild illness comparable to the flu, and "leads to no lasting harm," according to The New York Times. Still, as any parent of a toddler knows, even a mild illness can be terribly alarming, not to mention extremely unpleasant, for both toddler and parent. Symptoms of Zika include a rash, fever, pink eye, and joint pain. The best way to prevent the little ones from experiencing these unpleasant symptoms is simple: Don't let them get bit by a mosquito, especially if you're traveling in a country with a high incidence of Zika.

According to the CDC, "most EPA-registered insect repellents can be used on children aged 2 months or older." Parents of toddlers, therefore, should be generous with the bug spray. The CDC recommends that when applying insect repellant to young children, the parent should first spray their own hands, and then lather up the toddler. Parents should be careful to avoid the eyes and mouth, plus any open cuts.

In addition to the obvious preventative measure of bug spray, the CDC recommends a whole host of other preventative measures. These include wearing long-sleeved shirts and pants; sleeping in rooms with air-conditioning and ample protection over windows and doors; applying sunscreen under insect repellant; and covering cribs and strollers with mosquito netting. Additionally, travelers are encouraged to treat their clothing and gear with permethrin, an insecticide.

While the fear of Zika adds a whole layer of stress to family vacations (as if traveling with a toddler isn't already stressful enough), the good news is that cases of Zika here in the U.S. are travel-related, not indigenous, cases. This means that U.S. citizens contract Zika while traveling—not from local mosquitoes.

While it's always a good idea to protect toddlers from mosquito bites, it seems that — for now, at least — mosquitoes in the continental U.S. aren't spreading Zika. With the summer fast-approaching, though, that might soon change, especially given that the species of mosquito that carries Zika in other countries is prevalent in many areas of the United States. So it's safe to say that for parents everywhere, bug spray — not just sunscreen — has become the new staple of summer.