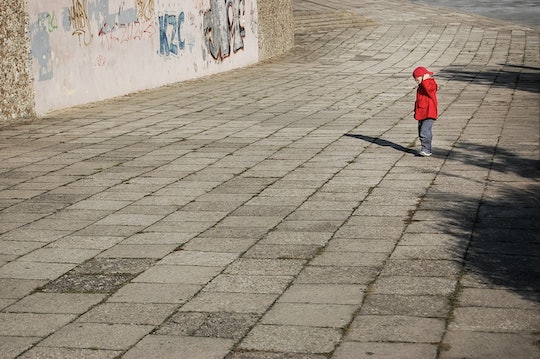 How Common Is Child Abduction By Strangers? The Odds Are Incredibly Rare

For mothers, the idea of some stranger grabbing their kid and making off into the night is pretty much the worst nightmare imaginable. It's why it's worth it to double-check that the windows are locked before bedtime, and warn kids about "stranger danger." For parents and cops around the Cleveland, Ohio, area it's DEFCON 1 now that it appears a serial child abductor is on the lose. But how common is child abduction by strangers? It's very rare, but that doesn't make the idea of some predator grabbing your kid any less terrifying.

Here's what we know about the guy the FBI is looking for in Cleveland. A man authorities are calling a suspected serial child abductor is wanted in connection to two kidnappings, one attempted and the other successful, according to Fox News. In May, he was caught by surveillance cameras watching a 6-year-old girl's house for days before snatching her, "assaulting" her, and later dropping her off at an intersection, according to Fox. In February he tried, and thankfully failed, to grab a 10-year-old girl through her bedroom window, Fox News reported.

The FBI and police have an image of the suspect from video, but as FBI spokeswoman Vicki Andersen told Fox News, "the sketch looks like half the guys in Ohio."

But while it's important for parents to know the dangers of child abductors and how to keep their kids safe, it's just as important to keep it in perspective.

According to David Finkelhor the director of the Crimes Against Children Research Center at the University of New Hampshire, children kidnapped by complete strangers or people they only barely know only make up one-hundredth of 1 percent of all children who are missing, he wrote in The Washington Post. It also might make parents feel better to know he said the overall rate of children going missing is steadily declining.

So what's the best way to keep your kids safe? Finkelhor argues cell phones have been a huge help, letting parents keep better track of their kids. But the best bet, he said, is teaching kids how to spot warning signs that someone should be avoided, rather than just issuing a blanket "stranger danger" warning.

We’d do much better to teach them the signs of people (strangers or not) who are behaving badly: touching them inappropriately, being overly personal, trying to get them alone, acting drunk, provoking others or recklessly wielding weapons. We need to help children practice refusal skills, disengagement skills and how to summon help. We need some new prevention mantras.

And, in the meantime, in you live in the Cleveland area, go ahead and keep double checking those windows at night, at least until they catch this guy.