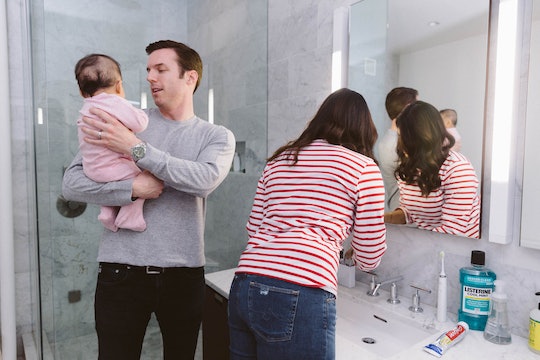 Cotton swabs are one of those things you see and use everyday, but don’t really pay too much attention to. You may use them to clean your ears, remove makeup, or even apply oils or creams, but as harmless as they may seem, it turns out cotton swabs can actually be dangerous — especially for young children. If you are a parent, you should definitely know how dangerous cotton swabs are and how to keep your kids safe.

Believe it or not, thousands of children have been hospitalized because of cotton swabs. According to the Journal of Pediatrics, from 1990 to 2010 over 260,000 children under the age of 18 were treated for cotton swab related ear injuries, with kids under the age of 3 suffering the most injury. The study found that ear cleaning was the major reason for these injuries, and in over 70 percent of the cases, kids were attempting to clean their own ears. Researchers also found that most cases involved pain and bleeding, and in some cases there was substantial damage to the ear canal.

The American Academy of Pediatrics (AAP) has warned parents about the dangers of cleaning children's ears with cotton swabs before. The organization's website explained that when you or your child sticks the applicator inside the ear canal, not only are you pushing the built-up ear wax in deeper, you can also end up damaging the eardrum. In some cases, where the damage is more serious, kids can go on to suffer damage to their inner ear, causing dizziness, loss of balance, and hearing loss. To avoid any injury to your child’s ears, the AAP suggested that rather than try to pull the wax out with a cotton swab, it’s better to just leave it alone.

Little ones are more prone to serious ear injuries. In an interview with Romper, Jessica Zablan, baby expert and owner of the Birth and Baby Company, says that because you could so easily puncture your baby’s delicate eardrums, you should never insert a cotton swab into their ears. She says that the cerumem (ear wax) is there to naturally protect your baby’s ear canal, so there isn’t any reason to try to remove it from their ears. If you notice your kid’s ears getting extra waxy, Zablan suggests just wiping it from the outside. “You can take a warm washcloth and just wipe the ear if you see wax is coming out,” suggest Zablan, “and if you still have any concerns about it, you can always bring it up at your next doctor's appointment.”

If you feel like your child’s earwax is causing problems, talking to your pediatrician is the best plan of action. Today mentioned that if your pediatrician feels that it is necessary, they might suggest using other ear cleaning methods, which can include cerumenolytic drops (ear drops that help soften ear wax) or ear irrigation in which ear wax is gently flushed out with water. Just don’t try to use any remedies at home without asking a doctor first, because when it comes to your kids, it’s better to be safe than sorry.

Even if you aren’t using the cotton swabs to clean out your child’s ears, you should still keep them in an a child-proof place. Kids are notorious for sticking things in their mouths, noses, and ears, and if they have seen you do it before, they may attempt to try it themselves. Remember that more than half of the kids treated for cotton swab injuries were using them on their own. And just for preventative measures, if you do see your child attempting to stick something in their ear, take a minute to tell them this behavior is dangerous and that it could lead to some serious boo-boos.