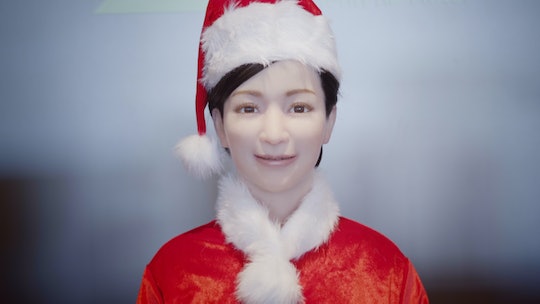 'The Truth About Killer Robots' Explores How Dangerous Robots Really Are

One of the most reliable plots for any science fiction story involves a future where robots have not only become sentient but turned against their human creators. It's well-trod territory for HBO on Westworld, but now they're looking to a documentary to answer that age-old question: how dangerous are robots, really? The Truth About Killer Robots might provide the answer when it airs on HBO on Nov. 26.

Though the title may have you eyeing your phone with suspicion or considering kicking Alexa out of your home, The Truth About Killer Robots investigates the trouble with robots from a realistic angle. Humanity is likely not in danger of a hyper-realistic farm girl android hunting them down in an amusement park. However, as the summary for the movie states, "artificial intelligence is taking over people's lives and making them increasingly obsolete," which is a danger of a different kind.

But while that might be the focus of the film, there are still instances of technology doing deadly harm to people. The trailer offers two examples: an unexplained incident of a robot killing a man accidentally and a case of a driverless car that didn't stop when it was supposed to, resulting in a death.

The unexplained incident of accidental death in the trailer could be referring to a man who was killed by a robot at a Volkswagen production plant in Germany in 2015. While working, the man was grabbed by the robot and crushed against a metal plate; according to The Guardian, VW spokesman Heiko Hillwig said that "human error was to blame," not the robot. IFL Science reported a similar event occurring in a factory in Japan 34 years previously. But despite that, the site insisted that robots were only capable of killing the way a car or natural disaster could: purely accidental.

Robots don't necessarily pose a bigger threat than any of the myriad hazards people face in their daily lives. People drive cars every day even though they may crash, and get into planes without fear of the same. USA Today reported that the National Safety Council "estimated automotive fatalities topped 40,000" in 2017. But robot-related deaths are much more rare.

Professor Alan Winfield of the Bristol Robotic Laboratory told the Financial Times, "Unfortunately people have exaggerated expectations and exaggerated fears about robots. They have been over-sensitized by sci-fi movies and stories in the media." There is some risk of death by robot, but it's a fairly slim one.

Even the trailer for The Truth About Killer Robots seems to be most concerned with human workers who are displaced by robots that can do exactly what they do, but much cheaper and much faster. As filmmaker Maxim Pozdorovkin explained to The Guardian:

This idea of a single, malevolent A.I. being that can harm us, the Terminator trope... I think it's created a tremendous blind spot. [It gets us] thinking about something that we're heading towards in the future, something that will one day hurt us. If you look at the effects of automation broadly, globally, right now, it's much more pervasive. The things happening — de-skilling, the loss of human dignity associated with traditional labor — they will have a devastating effect much sooner than that long-distance threat of unchecked A.I.

Robots may put people in jeopardy, but not in the way you might have expected.