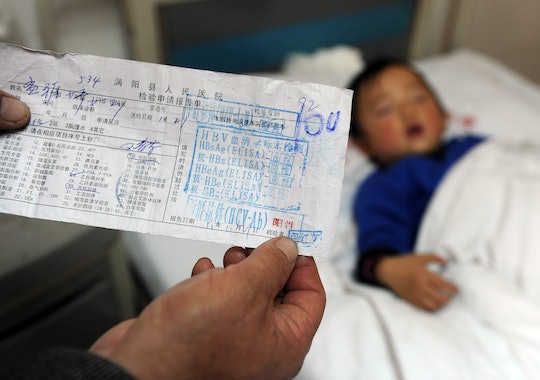 How Dangerous Is Hepatitis C? Fatalities Reached An All-Time High In 2015

Hepatitis C hasn’t hit the headlines in some time, even though number of deaths linked to the disease in the United States reached a record high in 2014. Health officials reported that hepatitis C now kills more Americans than any other infectious disease despite recent medical advances. Considering successful medications, the alarming data associated to the disease might make you question: How dangerous is hepatitis C? The statistics give us at least a few answers.

The Centers for Disease Control and Prevention (CDC) announced on Wednesday that deaths related to hepatitis C surpassed the total combined deaths from 60 other infectious diseases including HIV, pneumococcal disease and tuberculosis. In other words, even though hepatitis C is curable, a high number of Americans are still dying.

“Why are so many Americans dying of this preventable, curable disease?” Dr. Jonathan Mermin, director of the CDC’s viral hepatitis division, wrote in a press release this week. “Once hepatitis C testing and treatment are as routine as they are for high cholesterol and colon cancer, we will see people living the long, healthy lives they deserve.”

The CDC said the “greatest hepatitis C burdens” falls on baby boomers (those who were born from 1945 to 1965) and most have likely been living with the infection for many years without knowing they had it. The CDC attributes the oversight to infections that were transmitted during medical procedures – injections and blood transfusions – in the years after World War II.

Hepatitis C is a liver infection that is most commonly transmitted by sharing needles or other equipment to inject drugs. According to the CDC, the infection can affect people differently. For some, it’s a short-term illness. But for 70-80 percent of people who become infected it’s a long-term and chronic infection, which can lead to lifelong health problems and even death. The CDC says the majority of those infected are unaware of it because they are not “clinically ill.”

"Due to limited screening and underreporting, we estimate the number of new infections is closer to 30,000 per year." Dr. John Ward, director of CDC's division of viral hepatitis said in that same press release. "So both deaths and new infections are on the rise."

There are about 3.5 million Americans currently living with hepatitis C and roughly half are unaware of their infection, according to the CDC. The CDC and the U.S. Preventive Services Task Force recommends one-time hepatitis C testing for everyone born from 1945 to 1965 and suggests regular testing for others at high risk.

“We must act now to diagnose and treat hidden infections before they become deadly and to prevent new infections,” Ward said in the press release.

Fortunately, science and medicine have advanced over recent years and people diagnosed with the hepatitis C have access to new and highly effective treatments and curative drugs, which the CDC says can cure the vast majority of infections in two to three months. Awareness and hidden infections are some of the difficulties that have contributed to the the daunting data, but with increased awareness hopefully further infections can be prevented.