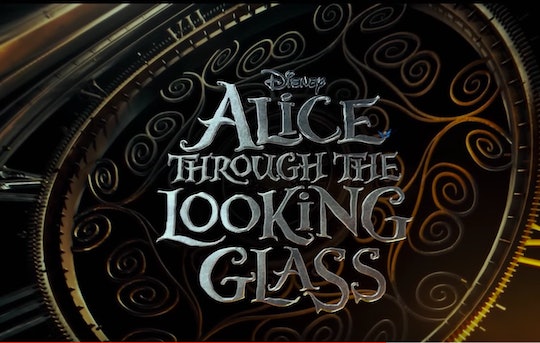 How Did Alice's Father Die In 'Through The Looking Glass'? He May Have Been Lost At Sea

It has been six years since the first Alice in Wonderland film debuted to audiences everywhere but it has been well worth the wait. Finally, audience members around the world can now see the second installment of Tim Burton's Alice in Wonderland series. The sequel has been a long time coming. Perhaps even better, the second adventure in the Alice saga has revealed more about Alice's history, including things fans didn't know, like the details involving her dad. So how did Alice's father die in Through The Looking Glass?

While his death isn't exactly shown on camera and neither is his character, Alice's father's presence still looms in the film. After all, her father was the reason for her motivation to sail the high seas — just like he did once before. That is where the film starts off and that is how Alice begins her journey, as the movie title suggests: through the looking glass and into Underland.

Let's not forget, in the beginning of the first installment of the franchise, Alice in Wonderland, Alice starts off the film by mourning the loss of her father. From there, she follows the white rabbit down the rabbit hole and her adventure through Wonderland begins.

Who can forget the scene in Alice In Wonderland where we see Alice's dad for the first time with a young Alice? He asks about her nightmares and Alice reveals that she had a dream where she was falling down a dark hole — alluding to a visit in Wonderland in her dreams — and meeting the different characters there. "You're mad, bonkers, off your head," Alice's father tells her. "But I'll tell you a secret — all of the best people are."

This is one of the only times that we see Alice's father throughout the film's franchise. While it doesn't allude to any way he might have died, it is touching to see the relationship between the two and might allude as to why Alice decided to sail the high seas.

While the death of her father is unknown throughout the first film, Through the Looking Glass does suggest how her father might have died. I personally believe that Alice's father died while sailing in the seas. I think there is a reason why Alice was called to sail the high seas — to fulfill her own father's destiny.

Given Time's comment to Alice at one point about being "dead" as well, it wouldn't be so far-fetched to believe that Alice's father might not even be dead at all — maybe he's stuck somewhere in an Underland of his own, trying to get back to her.

Whatever you believe, there is plenty of room for speculation when it comes to Alice's father. So for now, while we might not have any concrete answers, we can rest assured that his adventurous spirit was passed on successfully to his daughter.