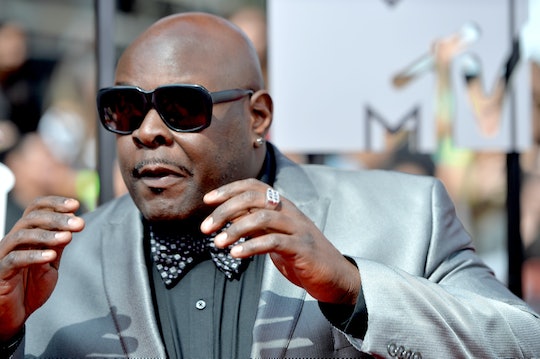 On Tuesday, Rob & Big fans got some sad news, when one member of the titular duo passed away. How did Christopher "Big Black" Boykin die? The reality star had a heart attack, according to People, which confirmed the cause through a representative for the star. Boykin was 45.

Rob & Big was a popular reality TV buddy comedy on MTV. It followed the various misadventures of professional skateboarder Rob Dyrdek and Boykin, his bodyguard and close friend, as the duo got into everything from adopting a miniature horse to trying to break Guinness world records. The show ran for three seasons, from 2006 to 2008, until it ended abruptly when Boykin moved out of Dyrdek's house to focus on becoming a father, although Dyrdek later revealed that tensions had begun to build between the show's two stars. However, the two buddies went on to reunite during the run of Dyrdek's later MTV reality show, Fantasy Factory, which aired from 2009 to 2015.

In a statement to People, MTV, the television network responsible for catapulting Boykin to fame, said,

MTV is deeply saddened to learn the news of Christopher ‘Big Black’ Boykin’s passing. He was a longtime and beloved member of the MTV family and will be greatly missed. Our thoughts and prayers go out to his family and friends at this time.

Plenty of other people took to social media to express their heartbreak at losing Boykin too soon. One of the most moving tributes came from rapper Chanel West Coast, who co-starred with Boykin on Fantasy Factory. She posted on Instagram:

RIP @bigblack1872. My heart is crushed hearing this news. I'll never forget all the times you made me laugh. So many epic memories with you. You put smiles on a lot of people's faces and you will be missed dearly by SO many. My prayers go out to your family and loved ones. Keep them laughing up in heaven.

Boykin, who died on Tuesday morning, is survived by his daughter, Isis Rae Boykin, age 9. In addition to his reality TV work, he started a fashion line in 2007 called Big Black (Do Work) after his catchphrase, and served in the Navy prior to rising to fame.

The 6'6" star was lauded by many as a hilarious, gentle giant. He will be missed. After all, someone with such an easy laugh, towering stature, and even bigger heart doesn't come along too often.