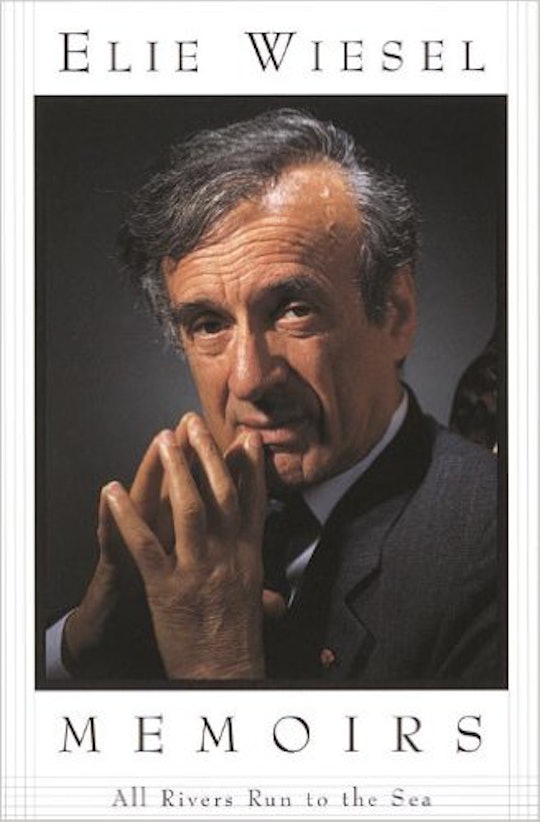 How Did Elie Wiesel Die? The Prolific Author Was A Holocaust Survivor & Nobel Laureate

Elie Wiesel died on Saturday at the age of 87. He survived the Holocaust, won the Nobel Peace Prize in 1986, and was an influential author and activist. As the world mourns and remembers his legacy, so may be also be wondering how Elie Wiesel died. He wrote several powerful book, but is possibly best known for his first book and memoir Night, which has impacted millions as he recounted his experiences as a teenager after his family was sent to the Auschwitz concentration camp.

Israel's Holocaust memorial, Yad Vashem, confirmed that one of the most famous survivors of the Holocaust had passed on Twitter on Saturday, July 2. "Yad Vashem mourns the passing of Eli Wiesel-Holocaust survivor, Nobel laureate, renowned author," the museum tweeted.

According to The New York Times, Wiesel died at his Manhattan home on Saturday, July 2. Details about the cause of his death weren't immediately available, but the revered author, activist, and professor was suffering from health issues just a few years ago. He cancelled of a series of lectures in 2013 because he did not feel strong enough to conduct them.

Israeli Prime Minister Benjamin Netanyahu told CNN on Saturday that Wiesel was a "master of words."

"(He) gave expression through his exceptional personality, and fascinating books about the victory of the human spirit over cruelty and evil. In the darkness of the Holocaust in which our brothers and sisters -- six million -- were murdered, Elie Wiesel was a ray of light and greatness of humanity who believed in the good in man," Netanyahu told CNN. “I was privileged to know Elie and to learn so much from him."

“Elie Wiesel was more than a revered writer,” president of the World Jewish Congress Ronald S. Lauder said in a statement on Saturday. “He was also a teacher for many of us. He taught us about the horrors of Auschwitz. He taught us about Judaism, about Israel, and about not being silent in the face of injustice.”

Wiesel continuously campaigned and spoke out against injustices and atrocities happening around the world — South Africa, Bosnia, Cambodia, and Rwanda — to fight for those who were forgotten and victimized and to teach others peace and human dignity.

“If I survived, it must be for some reason,” Wiesel told The New York Times in an interview in 1981. “I must do something with my life. It is too serious to play games with anymore, because in my place, someone else could have been saved. And so I speak for that person. On the other hand, I know I cannot.”