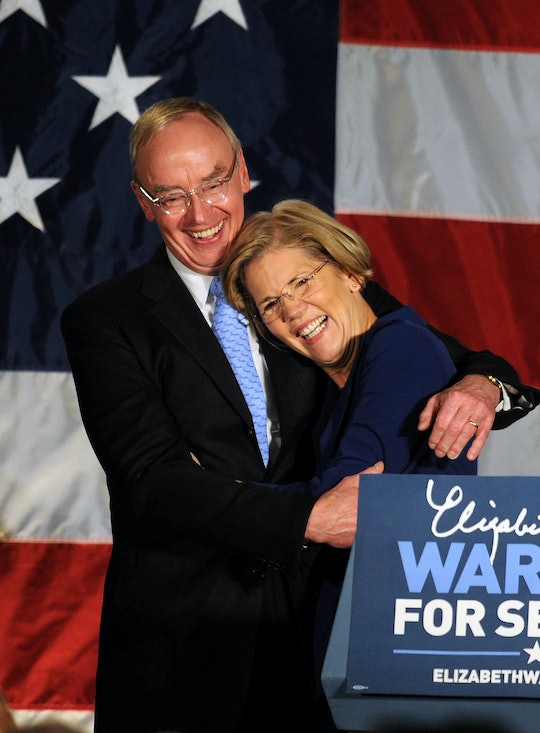 Massachusetts Sen. Elizabeth Warren is an open book, sharing her detailed proposals and thoughts on President Donald Trump at the drop of a hat. But not as much is known about her academic husband, Bruce Mann. As such, supporters might be interested to know how Elizabeth Warren and her husband met, a question she recently answered in an interview with complete candor.

Warren sat down with CNN's MJ Lee on Sept. 30 for a joint interview with Mann, who she married in July 1980, according to Newsweek. And in the wide-ranging interview Warren and her accomplished partner discussed everything from their personal partnership to what life might look like for the Warren family if they make it to the White House.

Mann, a professor at Harvard Law School teaching Legal History and Property Law (the same school at which Warren used to teach), had nothing but high praise for Warren and their relationship, noting that it "just works."

Furthermore, the registered Democrat and self-described "political junkie" wholeheartedly encouraged Warren to run for president even when she asked him for good reasons not to.

"I said, no, I'm not going to do it. I said, you're gonna run anyways," he recalled, according to CNN. "So just doesn't matter. Because if you don't run and Democrats lose, you'll feel guilty because then that means there'd be no one to fight for the people and the issues that you care about." Well-said.

So how did this dynamic partnership first came to be? It all started when Warren and Mann, both new to teaching, attended a conference in Florida, according . Spotting the now senator across a crowded reception lawn, Mann said he fell for Warren right away. The timing was impeccable because Warren was already separated from her first husband, Jim Warren, with whom she had had children Amelia and Alex, according to CNN.

"She was so just lively, so animated, so engaged. And I just fell for her from 25 yards out before even meeting her," Mann recalled of first catching sight of Warren.

"That was a Sunday, late afternoon," Warren replied, noting how she wasn't "completely" in love with him until she saw him in shorts. “It was on Monday when I actually saw him in shorts,” Warren told CNN. “And good-looking legs. That’s when I was all in.”

"She objectified me," Mann joked in return.

The pair also told CNN that their working class upbringings were also similar, and it was just a natural progression for them to get engaged within months.

Having had to juggle teaching assignments in different states as they first worked their way up, the pair now enjoy life at home in Cambridge, Massachusetts with their dog, Bailey. "There's really nothing better than a golden retriever puppy to create the illusion of normalcy," Mann joked to CNN.

Although I'm all about Warren as a politician first and foremost, it's nice to learn more about her personal life. And I'm thrilled to hear how the presidential hopeful has a supportive and fiercely intelligent partner to see her through this campaign, good-looking legs included.