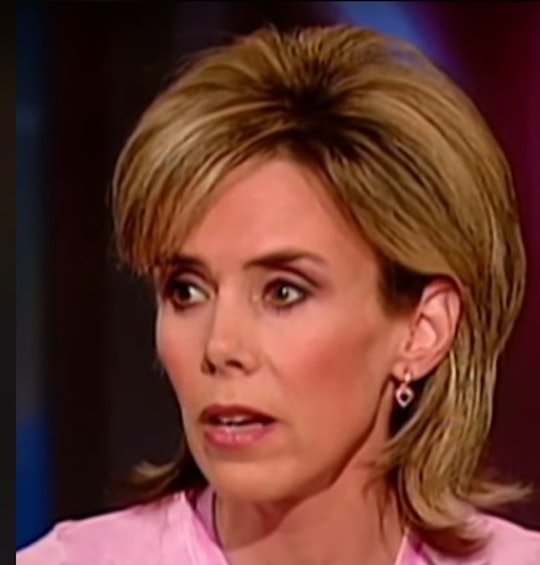 Although it's not exactly a fairytale for the ages, the story of how Erik and Tammi Menendez met is exactly what you might expect between a convict in jail waiting to be sentenced and an avid news watcher. In March of 1990, Erik (then 19) and his brother Lyle, who was 22 at the time, were arrested for the 1989 murders of their parents in Beverly Hills. What followed was a media circus focused solely on the Menendez brothers, which thrust them into the spotlight and made them famous for being admitted killers.

According to People magazine, Tammi saw Erik for the first time on TV during his first trial, which was televised. As Erik told the magazine though, their friendship wasn't based on his portrayal in the media or even the murders themselves, but on some deep level of understanding they had from the get-go. "It was a slow friendship," Erik said. "It was special to me because it was not associated with the trial and the media. Tammi was someone not in the craziness."

In an interview on The Abrams Report on MSNBC, Tammi had similarly positive things to say about the beginning of their friendship, which later blossomed into a romantic relationship. "I do know the person that Erik is and I know his heart," she said. "I know his soul, and I do know what happened that night. And I do understand." The Menendez brothers admitted to killing their parents at close range with two shot guns on the night of Aug. 20, 1989 and the ABC documentary, Truth and Lies: The Menendez Brothers – American Sons, American Murderers, which will air on January 5, will revisit that night and the media frenzy that surrounded the entire case.

According to Erik, he and Tammi didn't meet in person until 1997, after her husband had committed suicide, during which time Tammi said Erik had proven to be a very big comfort to her. Shortly after, Erik convinced her to move to California to be closer to Folsom Prison and from there, they continued to spend time together as she routinely visited him. It wasn't long before Erik and Tammi shared a kiss and the rest, as they say, is history. In 1999, they were married in the Folsom Prison visiting room. Even though Erik will never be allowed conjugal visits and his sentence comes with the inability to be released on parole, Erik and Tammi are still married and apparently pretty happy to this day.

Although Tammi is certain that somehow a judge will rule in favor of giving Erik a retrial, in the meantime, Erik has said that being married to Tammi is what gets him through a life sentence in prison and that "I can’t think about the sentence. When I do, I do it with a great sadness and a primal fear. I break into a cold sweat. It’s so frightening I just haven’t come to terms with it." So it's only the thought of Tammi that allows him to keep those fears at bay.