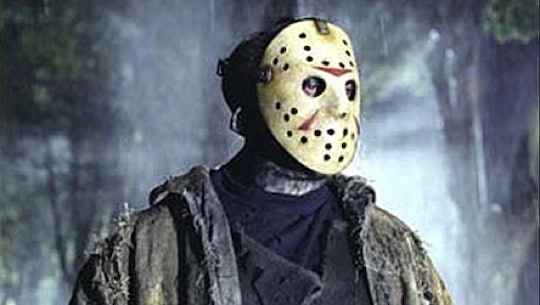 How Did Friday The 13th Become So Feared? A Short History Of How This Unlucky Day Came To Be

When it comes to superstitions, Friday the 13th is up among the ranks of black cats and walking under ladders. It's a day many people refuse to fly; a child born on Friday the 13th is said to have bad luck for life; and many people refuse to close on a house or make other big ticket purchases on this day. It's just plain unlucky. There's even a phobia named after it: friggatriskadekaphobia.

We all know the myth, but not everyone know's the history behind it. How did Friday the 13th come about? What caused people to freak out over the idea of the 13th day of a month falling on the 6th day of the week? Well, before we can get to Friday the 13th proper, we must first consider the number 13 and the day Friday.

Thirteen has always been considered an unlucky number. The superstition around this double-digit dates back to a Norse myth that goes as follows: 12 Norse gods were having a dinner party, when an uninvited 13th guest, Loki, decided to show up. Now, Loki was a bit of a troublemaker, so once he was there he arranged for the God of Darkness to shoot down the God of Joy and Gladness, which caused the whole Earth to go dark. Talk about a party foul. (See, this is why I hate party crashers. Nothing good ever comes of someone just showing up.)

Other ancient cultures also feared the number 13. Babylon skipped 13 when listing it's laws in the Code of Hammurabi; Egyptians believed that the 13th phase was the afterlife; Romans considered 13 to be the devil, and always congregated in groups of 12.

The fear of 13 can also be traced back to The Bible, most notably The Last Supper. Judas was the 13th guest at the table, and we all know how that story ends.

But perhaps the worst thing 13 has going for it is that it follows the wonderful 12. Many sets come in twelves: apostles, zodiac signs, gods of Olympus, months, tribes of Israel. So by not being 12, 13 is a little bit scary.

(I also think that any mother will agree 13 is a number worth fearing because that is the beginning of the teenager years, but that's just my opinion.)

Friday has also been considered unlucky through the years, however hard it may be to believe that the harbinger of the weekend was ever considered an unhappy day. Back to the Bible, Friday was, of course, the day of Jesus's crucifiction. It is also the day of the week it is believed that Eve tempted Adam and that Cain slayed Able. So it seems natural that Friday the 13th might, in turn, become an unlucky omen.

But it was not until the 19th century, however, that this day became the terror-inducing omen that it is now. In 1907, Thomas Lawson wrote a book called Friday, The Thirteenth, a happy little tale about a stockbroker who chose this day to bring down Wall Street.

And, of course, the 1980 slasher film by the same name did not do any good for the day's cause.

People truly are terrified of Friday the 13th. It is estimated that about $800 million in business is lost on a Friday the 13th because of people's reluctance to fly, make major purchases, or participate in the stock market.

So whether you treat today like a normal day and go about your business, or decide to stay away from any major decisions or potentially dangerous situations is up to you. But know that, if you do have friggatriskadekaphobia, you are among the ranks of greats like FDR or Hubert Hoover. And any phobia with that's been along for so long can't be totally outlandish, right?