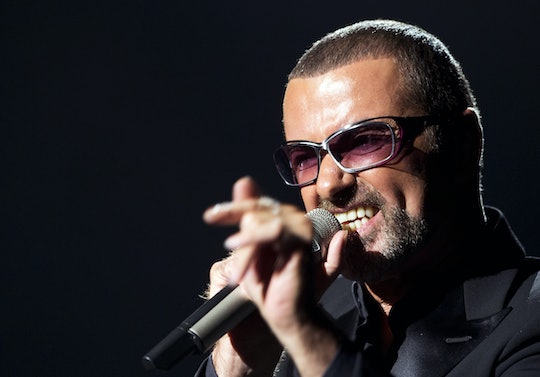 How Did George Michael Die? The Singer Was 53

On Christmas Day, the famous singer George Michael passed away at the age of 53 years old. According to the BBC, the star's publicist confirmed his death on Sunday and said he "passed away peacefully at home." While not many details about the the English singer's cause of death have been released, police reportedly say there were no suspicious circumstances.

"It is with great sadness that we can confirm our beloved son, brother and friend George passed away peacefully at home over the Christmas period," the legendary singer's publicist said in a statement, according to the BBC. "The family would ask that their privacy be respected at this difficult and emotional time. There will be no further comment at this stage."

Michael died at his home in Goring, Oxfordshire, England and the county's police reportedly said an ambulance arrived at the home at 1:42 p.m. local time.

The BBC reported that Michael nearly died from pneumonia a few years ago after he postponed a series of concerts in 2011. Michael was taken to hospital for treatment, which was said to be a rather "touch and go" experience after he received medical care at a Vienna hospital. Doctors reportedly performed a tracheotomy to keep his airways open and he was unconscious for some of his time in the hospital at the time.

In an interview in 2012, Michael said "It's like I just dodged a bullet," according to The Daily Mail.

"'I literally had to learn to walk again and weird stuff, because when they keep you sedated for that long your muscles literally atrophy at an incredible rate," Michael said in the interview, according to The Daily Mail. "And I just woke up like this feeble old man."

The star rose to fame in the 1980s after he launched his career in Wham! — the iconic British musical duo created with Andrew Ridgeley — selling more than 25 million records worldwide from 1982 to 1986. The group's hits include "Club Tropicana," "Wake Me Up Before You Go-Go," and "Last Christmas."

In 1987, Michael — who was born Georgios Kyriacos Panayiotou — continued his career as a solo performer and released his first solo album Faith.

Since news of his death broke on Sunday evening, tributes have been pouring in about how the star had made such an incredible and legendary mark in history.

Michael's memory will long be remembered for his incomparable talent and effortlessly cool presence. And long after British singer has passed, he will continue to be one of the world’s most iconic and influential pop stars.

More Like This
Prince George Has Apparently Known He'll Be King Someday For A While Now
Did Michael Peterson Ever Remarry After Kathleen's Death?
These TV Show's Graduation Episodes Will Tug At Your Heartstrings
Travis Scott Is Passionate About HBCU Education & Put $1 Million Towards It