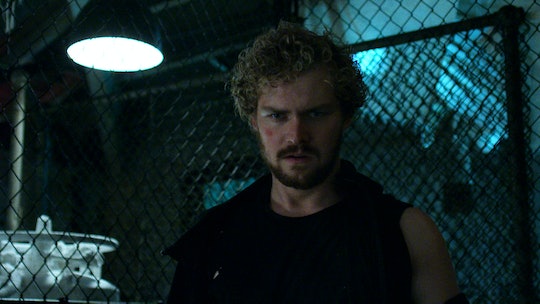 It's time for the world to meet the final Defender. The latest Netflix Marvel show is almost here and fans are anxious to see it and learn more about his origin story. If you've read the comic books, you know all about Danny Rand and how he became the iconic Iron Fist, but for those who are new to his story may find themselves wondering how did Iron Fist get his powers? Well, it's actually a pretty interesting and somewhat strange story.

When Danny was nine years old, his father Wendell decided to take Danny and his mother Heather to K'un-Lun, a mystic city that materializes in the Himalayas once a decade. Years ago, Wendell had lived there and even married a woman named Shakari and had a daughter, Miranda, with her. It wasn't until Shakari was killed that Wendell left the Mystic Land and returned to the real world where he became a businessman and met Heather.

Wendell's business partner Harold Meachum, joined the family on the trip and while they traveled Wendell fell from a mountain ledge and just like Scar did to Mufasa, Harold caused Wendell to plunge to his death. Soon after, Heather sacrificed herself to protect Danny from a wolf pack, leaving him all alone. He was found by the denizens of K'un-Lun who took him in.

While growing up in K'un-Lun, Danny studied martial arts in hopes of avenging his parents one day. When he turned 10, he requested and earned the chance to win the power of the Iron Fist by facing off against a dragon named Shou-Lao the Undying, who's power was in a flaming brazier (container for hot coals). Danny killed Shou-Lao and put his hand into the brazier, giving him the mystic energy of the Iron Fist.

Though it's unlikely Danny's origin story will play out exactly how it did in the comics, the story of how he got his power is unlikely to change too much. Danny is the only Defender to have an ability that has a "mystic" origin and it'll be interesting to see how this plays a role in Iron Fist as well as The Defenders, which is due out later this year. Fans caught a glimpse into the supernatural in the second season of Daredevil, but Iron Fist will most likely take that to the next level.

You can find out more about Danny and his origin story when Iron Fist premieres on Netflix on Friday, March 17.