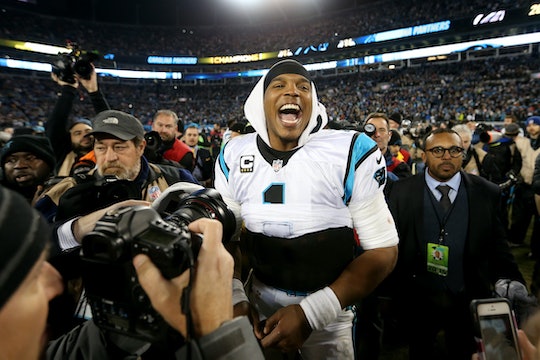 How Did Kia Proctor & Cam Newton Meet? They Were, Um, Mysterious Circumstances

With the Carolina Panthers' first Super Bowl appearance in thirteen years coming up in a matter of days, it is a momentous time in Quarterback Cam Newton's life. Not only because of that, though; he recently announced that he is also a new father. His Christmas present this year from his longtime girlfriend was a baby boy. Little is known about their relationship, and with this news fans are wondering: how did Kia Proctor and Cam Newton meet? Proctor was allegedly a dancer when Newton first met her.

The Carolina Panthers stellar quarterback and Proctor have been dating since 2013, though they have kept their relationship relatively quiet. They made their first public appearance three years ago at the Kentucky Derby, but that is not where they met. Proctor was formerly known as Hazel on social media and during her career as a model and dancer. According to playerwives.com, she used to work at the infamous DC Stadium Club and dance using that same pseudonym. Allegedly, this is where Newton and Proctor first met. Wherever that first meeting was in 2013, they have been together ever since. Though she's given up dancing, she continues to pursue a modeling career.

Like Newton, Proctor is an east-coaster. She grew up in Maryland and Virginia, and now lives in Newton's hometown of Atlanta. Their son, Chosen Sebastian Newton, was born on Christmas Eve 2015, and Newton's Tweet announcing the happy occasion was not only incredibly sweet, but it was also one of the first public mentions of his and Proctor's relationship. Understandably, they take their privacy seriously.

Besides being incredibly good at his job, Newton is known for his elaborate, sometimes controversial, touchdown celebrations. After one of Newton's December touchdowns, he cradled and rocked the football in his arms, announcing and celebrating, in his own way, his new job as Dad. At the time, he did not make any comments about the dance, preferring instead to keep attention on his team's winning performance. He's since confirmed that he was sending a message to the mother of his son and to the world.

The Charlotte Observer interviewed Newton shortly after Chosen's birth and asked about how fatherhood has changed his life. He said, “It’s pretty cool. ... When you see life coming into existence, it’s a wonderful thing. These past couple of days have been so monumental for me.” When asked about life with little Chosen, he responded with typical Newton aplomb:

I took him out for a jog yesterday. He was running alongside me. … He has a couple of scholarship offers already on the table.

For these new parents, this certainly is a big year. And with that name, there are sure to be big things on the horizon for this little Panthers fan.