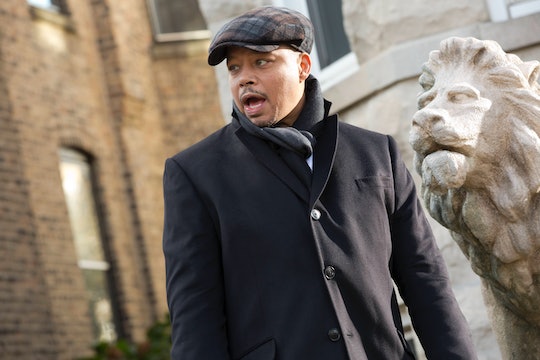 How Did Lucious' Mom Die On 'Empire'? The Music Mogul Finally Reveals His Past

If you thought the second episode of Empire since the hiatus was off-the-walls insane, just wait until you catch up on what happened on Wednesday. Coming off of a murder and suicide in which both Mimi and Camilla ended up dead, I didn't think there was anything the producers could throw at us that would be more shocking, but I was clearly wrong. Since the beginning of the show, fans have had one lingering question on their minds — how did Lucious' mom die on Empire? Wednesday's episode finally revealed the answer. I have suspected this for a while, but can now confirm that Lucious' mother killed herself when he was a little boy.

After what seemed like forever, Lucious finally shared personal details about his mom with Cookie, recounting one story in particular. He remembers an instance when she forcefully held him down in a bathtub full of water, nearly drowning him, or "dumped him in the water," as Cookie phrased it. "She said we needed to be cleansed," Lucious explained. Once his mother realized what she had done, she grabbed her gun, held it up to her head, and shot herself.

This definitely raises some questions about whether his mom had struggled with mental illness. Perhaps this provides some sort of link to Andre's bipolar disorder? Anyhow, Lucious witnessed the suicide when he was only a child, which explains a lot about his unresolved issues with the many broken relationships in his life.

Lucious winds up reenacting the incident from his childhood for his music video, which was a pretty bold move as he basically had to relive the awful memory all over again. This is the first episode in perhaps the entire series where we finally see a different side of Lucious, a more humane side that people can relate to. He hasn't really exposed this much of his past with anyone on the show, which left him in quite the vulnerable position, and we all know Lucious does not like to be vulnerable. Empire is definitely delving deeper into Lucious' character this season, and I can't wait to watch him unfold.