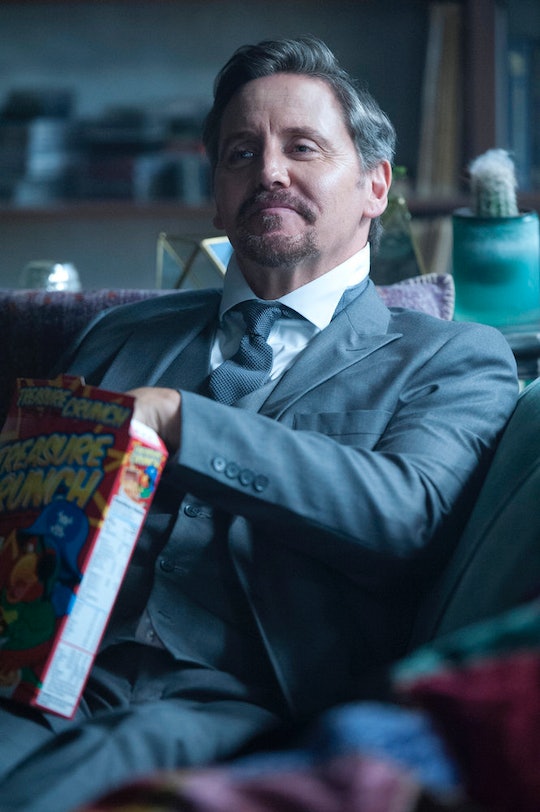 Martin's Backstory On 'The Magicians' Is Tragic

Season 1 of The Magicians was filled with jaw-dropping cliffhangers. That final scene in particular — when Julia quite literally made a deal with the devil and betrayed the group — threw many fans for a loop as we were left to wonder about the fate of our favorite Brakebills gang. But another interesting subplot was the revelation that Martin Chatwin is the Beast on The Magicians. Given how kind and gentle Young Martin appeared to be in both flashbacks and ghost form, it was a surprising twist for many. But how did Martin become the Beast he is today? If you recall, it's Christopher Plover who is really to blame.

While obviously there's nothing that can forgive the heinous crimes and murders Martin has committed as the Beast since the day he first stepped through that mirror, there is a reason that he is the way that he is. And while that doesn't excuse his behavior, it most certainly helps to explain it. If you recall, last season Quentin & Co. found themselves in a ghostly time loop during their visit to Plover's house. It was there they discovered just how terribly the children residing in that house were treated, especially when it came to Martin himself.

While the others were continuously drugged by Plover's sister as to not disturb him with their incessant noise, Martin was forced to strip naked while Plover took photos of him and was raped on numerous occasions. That's why Martin longed to return back to Fillory, so that he could escape Plover's horrendous grasp. But the fantasy world refused to let him in for some reason and so Martin was forced to endure something no child should ever have to experience. And while he was eventually able to find his way back, the damage had already been done. He was no longer the shy and sweet boy he once was. Hence the Beast was born.

Throughout the Season 2 premiere, Martin made mention to Julia about removing her "shade" from her body in order to allow her to cast her emotions aside and be able to move on from a similiar trauma that also happened to her. She refused his offer even after seeing what it would be like to go without her "shade," knowing that she would potentially lose herself if it was taken away. And even though Martin understood her dilemma, it's clear that's exactly what he did to get to this point. He no longer possesses his "shade," which has allowed him to become one of the main villains of this story.

Again, I still don't particularly like the Beast given everything he's done, but now that I know who he is and how he came to be this way, it does give more depth to his character and makes me interested to see how this new dynamic with Julia will play out.