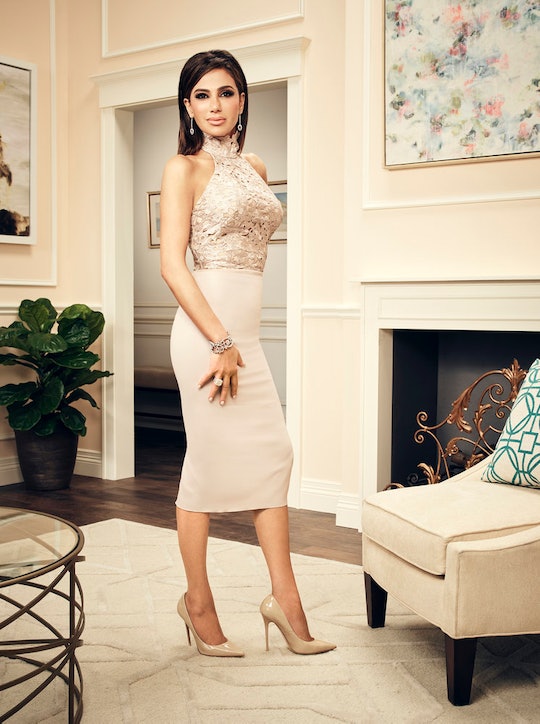 Bravo's 100th Real Housewife is named Peggy, and like all Real Housewives, is basically rolling in the dough. She says in her tagline, "I'm living the American dream, one sports car at a time." How did Peggy Sulahian make her money? The Real Housewives of Orange County newcomer can thank luxury sports cars for her abundant wealth.

Peggy's bio on Bravo's website does not make any mention of a career (which doesn't mean it doesn't exist), so presumably her affluence comes from her husband, who is called a "custom wheel mogul." Peggy's husband Diko Sulahian owns WTW Corp, a company that designs and produces custom wheels and rims for luxury sports cars. Frankly, it seems like the kind of thing purchased by people with so much money they honestly don't know how to spend it all. From the looks of things, the wheels business is booming, because Peggy and Diko live very large. Remember that diamond bracelet and necklace set Diko gave his wife in the second episode? Together those cost as much as a house. Just for reference. Diko has owned this business for 20 years, and has built a sterling reputation for himself as a purveyor of beautiful wheels, all named after his children, which says something about how important his family is to him.

When asked why he names his wheels after his children in an interview with Highline Autos, Diko said, "I guess you could say this is how I show my love to my children. After all, who am I doing all of this for?" He also mentioned that he did have a very popular design named after his wife, called "Peggs," which was eventually discontinued. "It did very well, and was one of our best sellers, but you cannot sell the same design for too long, so we had to retire it," he said.

Peggy and Diko clearly have a fantastic relationship. The pair have been married for over 20 years and have three children together. Diko has been with Peggy as she lost her father and underwent a preventative double mastectomy just before filming the show because she lost her mother to breast cancer when she was very young. On her keys to a successful marriage, Peggy said in her Bravo blog, "It’s so easy to focus on the negative things about your significant other, but once you push all the unsubstantial details to one side, you realize how much love you have for this one person you chose to spend the rest of your life with. I cannot express how important communication is with your loved one. It’s the only way you grow as a couple, and prosper together."

Peggy and Diko are taking over the custom wheel business together, so let's see if they can handle the Housewives together.