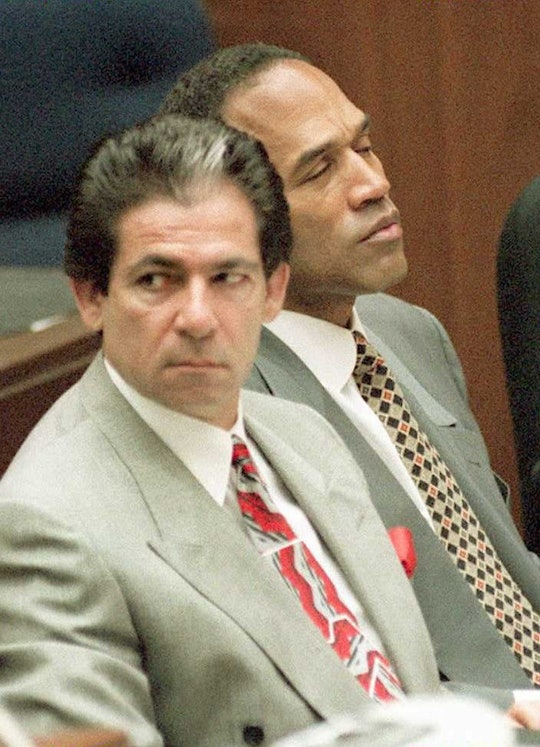 How Did Robert Kardashian Die? The Family Patriarch's Death Was Unexpected

In Sept. 2003, Kardashian died in his home from esophageal cancer. The IB Times reports that he didn't battle long with the disease, noting he was diagnosed only eight weeks prior to his death. According to family, Kardashian didn't have a family history of throat cancer, which Khloe Kardashian mentioned in an episode of Kocktails with Khloe. InTouch reports that in a clip for an upcoming episode, Khloe seemed to allude to the fact that Kardashian's participation in the O.J. Simpson trial seems to have manifested into throat cancer.

“What I do respect is that [regardless of] what my dad did or didn’t know, my dad would never betray his friend’s trust. He never spoke about [the trial]. My dad also died of throat cancer which does not run in my family. My dad doesn't smoke, doesn't drink. I think holding in secrets [and] stress kills you! I feel like you manifest things, you have to think — I'm into symbolic situations."

While Khloe certainly doesn't blame the trial on her father's death, it is certainly an interesting correlation.

Simpson also had something to say about Kardashian's death. According to CNN, Simpson said "It's shocking when a friend close to you passes. I loved Bobby." He also notes that the two only had "one disagreement over the years," supposedly about a book Kardashian did for money (according to Simpson). Simpson said, "He explained to me, I understood it, and we put it aside."

Kardashian's name certainly took off after his death. While people are quick to dismiss the Kardashian's contribution to society, it's impossible to deny the fact that the family (whose fame certainly started long before Kim Kardashian's sex tape) has built an empire and a business from their name, which is surely something Kardashian would be proud of.