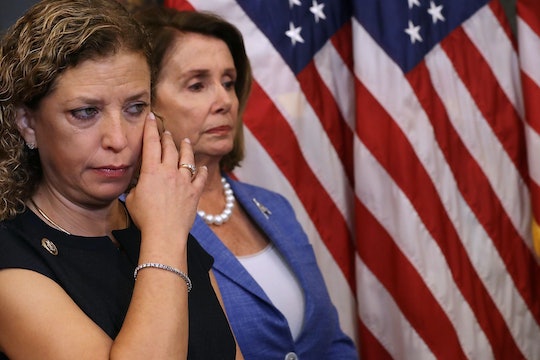 How Did Russian Hackers Get Into The DNC's Servers? It Was Easier Than You Think

The CIA's recent insistence that Russian hackers acted in support of President-elect Donald Trump comes at a time when so many questions about the nature of the attacks still loom overhead. For one thing, how did Russian hackers get into the DNC's servers? Their method of entry was a simple one, one that everyday people are often victim to. In order to gain access to the DNC's e-mails, Russian hackers reportedly sent targeted e-mails which prompted users to type out their passwords — a method known as "phishing." Thus, hackers enjoyed full access to information that was never intended for the public eye.

"Hundreds" of phishing e-mails were apparently sent by hackers who "also gained access to the Democratic Congressional Campaign Committee, and then, through a virtual private network connection, to the main computer network of the D.N.C," The New York Times wrote this week, in a detailed report that also explains the following:

The D.N.C. had a standard email spam-filtering service, intended to block phishing attacks and malware created to resemble legitimate email. But when Russian hackers started in on the D.N.C., the committee did not have the most advanced systems in place to track suspicious traffic, internal D.N.C. memos show.

Former Hillary Clinton campaign chairman John Podesta was also a target for the hacks. He received one of the aforementioned e-mails and promptly reported it to his IT team. The correct manner with which to deal with the attack wasn't properly communicated; Though a Clinton campaign aide apparent meant to warn Podesta that the phishing e-mail was "illegitimate," he mistyped and wrote "legitimate" instead. Thus, Podesta's e-mails were hacked. The e-mails were eventually leaked, giving an overall unfavorable view of Clinton along with DNC as a whole.

The hacking was made possible by a lack of sufficient security on the DNC's end. Seeing as the DNC is not an official part of the U.S. government, the organization wasn't afforded national security protections. The New York Times estimates:

Russian hackers could roam freely through the committee’s network for nearly seven months before top D.N.C. officials were alerted to the attack and hired cyberexperts to protect their systems.

Ultimately, it's almost an overstatement to call these specific cyber-attacks "hacks." Whereas technical hacking did occur, it was made possible by people who unwittingly gave away their e-mail passwords, making an entire organization vulnerable.

This isn't the last you'll hear of DNC hacking theories — though RNC e-mail servers were attacked by the Russians as well, the information gathered was not released. This suggests, then, that Russian hackers favored Trump over Clinton.

Thankfully, Democrats aren't alone in their concern about Russian hacking: Republican leaders have called for an investigation over hacking concerns as well. "It's obvious that the Russians hacked into our campaigns," former presidential nominee John McCain told Reuters, "but there is no information that they were intending to affect the outcome of the election, and that's why we need a congressional investigation."