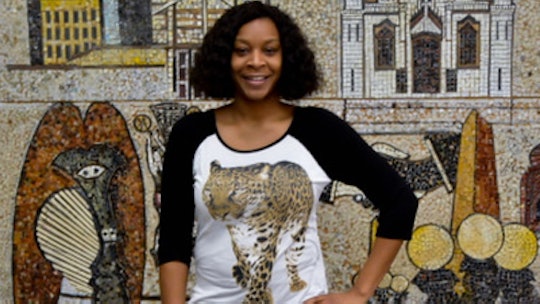 Sandra Bland's Death Is Addressed In A New HBO Documentary

On Jul. 13, 2015, Sandra Bland was found dead in her cell at the Waller County Jail in Texas. She was 28 years old. She had been arrested three days prior for allegedly assaulting a public servant after she was pulled over for a minor traffic violation, according to The New York Times. The details surrounding her death with murky, and the HBO documentary Say Her Name: The Life and Death of Sandra Bland attempts to shed some light on what happened. But how did Sandra Bland die?

The New York Times reported that Bland's death was officially ruled a suicide; she had allegedly hanged herself with a plastic bag liner inside her cell and died by asphyxiation. According to The Los Angeles Times, Waller County Assistant District Attorney Warren Diepraam said that there were no defensive wounds or signs of a struggle in the autopsy report. Bland did have a "scabbed healing abrasion" on one of her wrists, several abrasions on her back, and 25 to 30 horizontal wounds described as "scarred regions of healing," according to The New York Times, which reportedly appeared to be a few weeks old.

Bland's loved ones found it difficult to believe that she had died of suicide. Her family and friends felt there were inconsistencies in the police department's statements and records, and a video of her in jail appeared to have a gap of missing footage from the morning of her death. Waller County District Attorney Elton Mathis said, according to the Los Angeles Times, that was the fault of the camera's motion sensor, and later more surveillance camera footage from the jail was released.

There was also a toxicology report that indicated Bland had THC (tetrahydrocannabinol) in her system, according to The New York Times. During a news conference, ADA Diepraam said that the presence of marijuana in her body meant that she had to have consumed it somehow shortly before her death, perhaps even while she was in jail. However, there was no evidence found in her cell, nor did any nearby inmates notice any signs of marijuana. Diepraam suggested Bland had taken it before being arrested.

Bruce A. Goldberger, professor of toxicology from the University of Florida, told The New York Times, "The most likely explanation for this high concentration of THC in her blood is the use of cannabis within hours of her death." He felt it was unlikely for the THC to still be in Bland's system three days later if she had taken it in some form before her arrest, the publication reported. But there doesn't seem to be a clear explanation for how she could have accessed marijuana while in jail.

On Dec. 17, 2015, Bland's family filed a wrongful death lawsuit against the county, the Texas Department of Public Safety, and trooper Brian Encinia, who took Bland into custody, according to ABC 13. No one was indicted for Bland's death, according to the outlet, but Encinia was fired and indicted on perjury charges that were later dropped. The Bland family's civil suit was settled for $1.9 million in 2016.

The Waller County Police Department did not immediately respond to Romper's request for comment.

Say Her Name: The Life and Death of Sandra Bland will address all of the uncertainties that remain after Bland's death. But the documentary will also explore who Bland was by speaking to the people closest to her and featuring videos she made, allowing her voice to be heard.