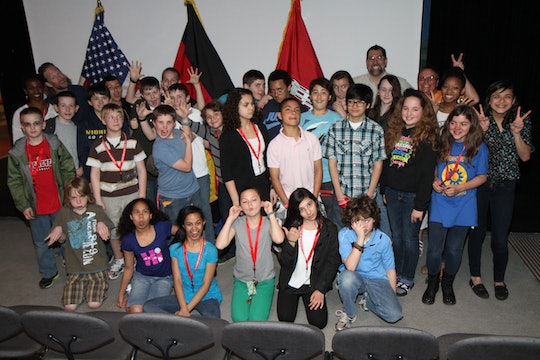 How Did Take Your Child To Work Day Start?

The fourth Thursday in April every year is Take Our Daughters And Sons To Work Day. Chances are, you’ve heard about this event, and you might even participate in it with your own children. It’s a fantastic way to introduce your kids to potential career choices. But the event’s history is possibly more interesting than you might realize, as it involves a feminist icon and the desire to make girls feel okay about being smart. So how did Take Our Daughters And Sons To Work Day start?

Like many good things, Take Our Daughters And Sons To Work Day, or TODASTW, got its start in the 1990s. At that time, it was called Take Our Daughters To Work Day. As the National Women’s History Museum said, the event began in New York City in 1992 as the brainchild of Gloria Steinem and the Ms. Foundation. The event caught the attention of Parade magazine editor Walter Anderson, who interviewed Steinem and helped the event go national, as the TODASTW explained. It rapidly gained popularity. By 1996, more than 5 million girls from 14 countries participated in the event, according to Ms. Magazine. It was lauded as a fantastic opportunity to encourage girls to consider all different types of career choices, even those in traditionally male-dominated fields.

By the mid-1990s, however, many organizations began allowing boys to join in on the event and informally called it Take A Child to Work Day or some equivalent, as the Los Angeles Times reported. For the tenth anniversary of Take Our Daughters And Sons To Work Day in 2002, young men were officially included in the career exploration event, as the TODASTW site noted. Over the years, this the Take Our Daughters And Sons To Work Day event has helped millions of children gain a firsthand appreciation of the realities of the working world.

So if you have a son, daughter, or any other child in your life (come on, you know your boss will bend the rules) take the into the office for the day and show them the ins and outs of office life.

More Like This
Ginger Zee Had A Perfect Response After A Troll Asked Her "Who's Raising Your Kids?"
Elon Musk's Child Files To Change Name, No Longer Wants To Be "Related" To Father
It's A Beautiful Day In Jenny Slate’s Neighborhood
Tom Hiddleston & Zawe Ashton Are Expecting Their First Child Together