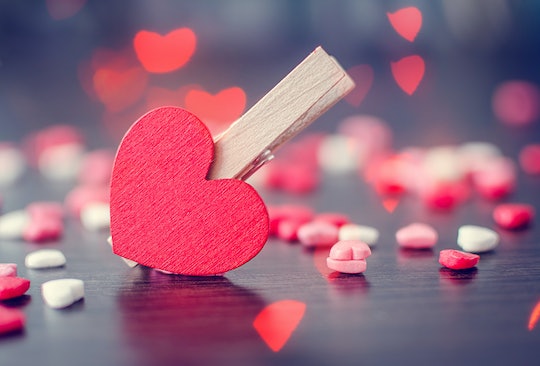 The History Of Valentine's Day — Candy & All

Some events are fairly self-explanatory. Veterans Day is obviously about honoring veterans and Columbus Day celebrates a guy for discovering a country people already lived in. But what about festivities with more ambiguous roots? For instance, how did Valentine's Day start? Sure, you probably know that it has something to do with love, but how much of that is influenced by greeting cards, not history books? If you're a cynic like me, you might blame commercialism for turning everything into a holiday just so people will buy things. However, there could be more to this celebration of love than simply selling heart-shaped boxes of chocolate.

As it turns out, much like anything that occurred long ago, stories can change over time. Valentine's Day has a few different versions, but some things remain consistent throughout them all. According to the official site of the History Channel, the Catholic Church noted there was at least one man named Saint Valentine who was martyred. The most agreed upon legend, according to History, is that Emperor Claudius II of Rome banned marriage to ensure single men would enlist in the army and Valentine defied the order by performing marriages for couples in love. Valentine was martyred for his romantic cause and some believe that is how Valentine's Day began.

But the Romans don't get all the credit for this lovey dovey day. Tortured artists and lamenting poets have been inspired by love for ages. So it's not too surprising that some of the first recorded mentions of Valentine's Day are found in famous literature. According to TIME, Geoffrey Chaucer referred to Valentine's as, "the time when birds selected their mates," and even William Shakespeare's Hamlet has ties to the Feb. 14 holiday with the line, "I a maid at your window, to be your Valentine." So is literature, a Roman orgy, or a Catholic saint the true inspiration behind Valentine's Day? If you guessed, "D: all of the above," then you win.