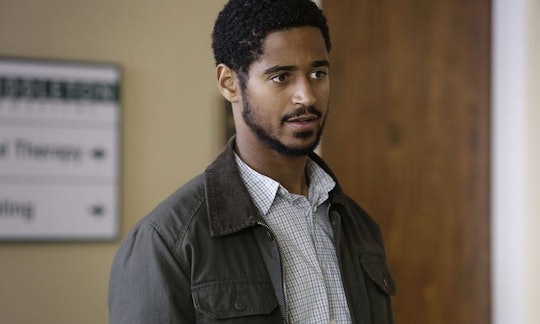 Laurel's Mom Is Hiding A Big Secret On 'HTGAWM'

Early on in "He's a Bad Father," Laurel mentioned that her mother knew "everything" about the ongoing trouble with her dad, but it seems Mrs. Castillo knew even more than that. Bonnie was able to dig up photographic evidence that Mrs. Castillo met Wes before he died. But how did Wes know Laurel's mom on HTGAWM?

Despite being little more than a ghost in the previous three seasons of the series, Mrs. Castillo seems to have been a major player behind the scenes. She was apparently in close contact with Dominic, a hired assassin who was deeply enmeshed in the Castillo family: he was in love with Laurel but he would also do whatever Jorge asked of him. In "He's a Bad Father," Laurel also revealed that Dominic was like a son to Mrs. Castillo (making his love for Laurel a touch Flowers in the Attic). He was keeping her updated on Laurel's life and her pregnancy. But now it seems like Mrs. Castillo was more informed than anyone could have guessed. She might be the key to unraveling everything.

In the final moments of the episode, Bonnie and Frank had a meeting about Wes. Bonnie had gotten ahold of his call log and she explained that he had only called Dominic once, so they might not have had an open line of communication. However, Bonnie was also able to trace an address entered into Wes' phone to a street camera that caught him having what looked like a very pleasant brunch with Mrs. Castillo.

Fans had suspected something fishy as soon as Mrs. Castillo saw a picture of Wes in Laurel's apartment. She didn't say anything, but her unreadable expression definitely hinted at something deeper. She must know something about the circumstances of Wes' death, but unfortunately this reveal makes things more confusing instead of less. So far, the show hasn't provided any information about how Wes came into contact with Laurel's mom, which seems to be the driving mystery behind the upcoming episode.

Brunch with Wes isn't the only secret Mrs. Castillo is hiding, either. As if her episode-ending Ominous Thinking Face wasn't enough, the promo for next week made it clear that neither of Laurel's parents is on her side. Frank discovers that Mrs. Castillo and Jorge have actually been chatting on a daily basis, which would mean that her support of Laurel at the custody hearing was a totally empty gesture. She and Jorge have something up their sleeves, but it's uncertain just what that something is at the moment.

And there's no way to know what their plan might be without more information. Why were both of the Castillos so anti-Wes, to the point of being responsible for his death? They devastated their daughter time and time again, killing the man she loved and then taking her child from her for unexplained reasons. Was it just to protect Antares, or was there something else at stake?

HTGAWM is all about the last-minute shocks, so there might be something at play here that the audience has no inkling of. Whatever it is is sure to complicate matters as things progress, but the sooner it all comes out, the better. Laurel has had an unimaginably terrible few weeks but she'll have even tougher times ahead of her once she realizes that her seemingly loving mother has actually had a hand in everything awful that has happened to her.

Viewers may not know yet what Laurel's mom was doing with Wes at that cafe, but there's only one conclusion to be drawn: whatever was going on, it wasn't good.