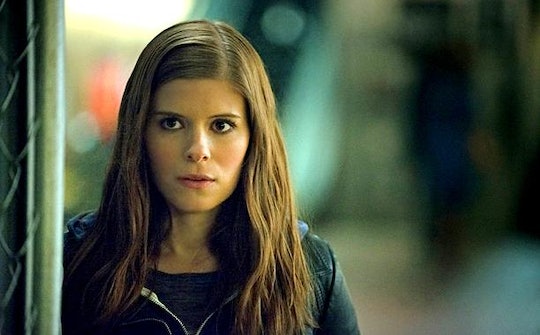 How Did Zoe Barnes Die On 'House Of Cards'? Her Death Is Still Shocking

Frank Underwood is a despicable man. After three seasons of swaying, manipulating, and coercing, I can confidently say that those words aren't even a fair way to describe his character. No, Frank Underwood is a murderer. Since Season 1, Frank has made one thing abundantly clear. If you cross him, or even threaten to cross him, you are gambling with your own life. That's what happened with Kate Mara's character on the show. Don't remember how Zoe Barnes died in House of Cards? Allow me to enlighten you. Zoe, a reporter, got dangerously close to discovering the dirty business Frank was dealing with, so to remedy the situation and, frankly, save his own ass, Frank killed Zoe in cold blood.

At the beginning of the series, Zoe was a barely-acknowledged reporter for a failing print newspaper in Washington D.C. She had bigger aspirations to report on real politics, in real time. After a quick blackmail ploy, Zoe secured Frank Underwood as her White House contact. She then moved up the political journalism ladder, potentially moving so quick she couldn't see what was coming.

Unfortunately, not seeing what was coming is exactly what caused Zoe's end. During a meeting with Frank, Zoe began questioning him on a political matter he was trying to cover up. She was getting close to figuring out that Frank was the one that killed Peter Russo, so close that Frank felt the need to protect himself by killing her. During their meeting, when Zoe least expected it, Frank shoved her in front of an incoming train, killing her instantly.

The media, not knowing what really happened, reported on the death as if it were an accident. The always-orchestrated Frank knew where the cameras were at the time, so the recording of Zoe's death looked more like she tripped into the train's path — not one trace of foul play. But, her death did not go unnoticed, as both Lucas Goodwin and Janine Skorsky were aware that she was getting close to the answers she was looking for. Unfortunately, nothing ever came from it, since Lucas was put in jail and Janine was scared quiet.

So, does Frank have any qualms about killing Zoe? Something tells me he is sleeping just fine at night.