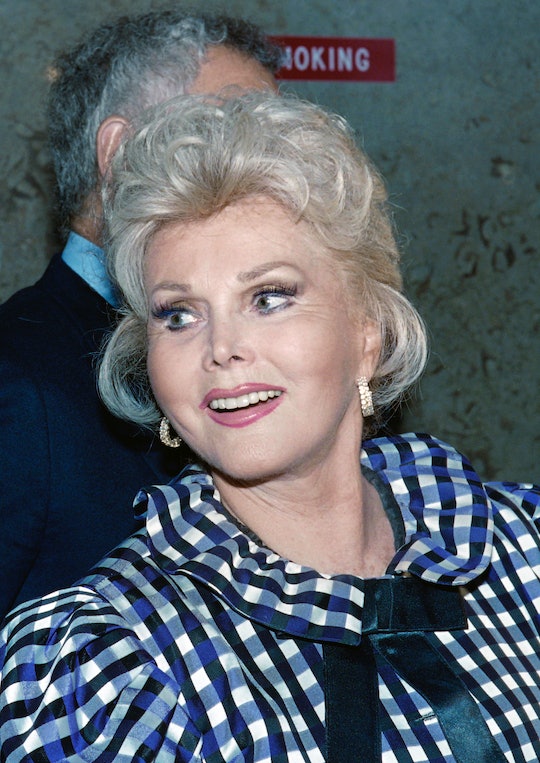 How Did Zsa Zsa Gabor Die? She Passed Away At 99

According to TMZ, Hungarian-American actress Zsa Zsa Gabor died at age 99 on Sunday. The true definition of Hollywood glam, the eclectic actress made a name for herself as the star of flicks such as Moulin Rouge, Lili, and Queen of Outer Space in the 1950s. Now, as the world mourns the personable actress, many fans are wondering: exactly how did Zsa Zsa Gabor die?

Gabor died of a heart attack, according to TMZ. She was reportedly rushed to the hospital, where she was pronounced dead. The Beverly Hills socialite had been suffering from declining health for several years, and she underwent surgery in February for a feeding-tube-related lung infection after having breathing difficulties. According to Reuters, Gabor had been limited to the confines of her home ever since she had her leg amputated in 2011 due to an antibiotic-resistant infection, and during the last five years she had been dependent on life support.

Gabor was predeceased by her two sisters and her daughter, Francesca Hilton, who passed away last year.

Gabor acted in dozens of movies for over four decades, appearing in her last film — A Very Brady Sequel — 1996. Despite Gabor's many acting roles, however, she was perhaps best known simply for being herself, and some referred to her as the "original Kim Kardashian" for her socialite ways. She was also well-known for her accent and witty quotes. For instance, in 1993, Gabor — who married a total of nine times — reportedly remarked, "I believe in large families. Every woman should have at least three husbands."

Known for calling most people "darling" in her Hungarian accent, she poked fun at herself in 1950, as well. "I don't remember anyone's name," she said then, according to Good Housekeeping. "How do you think the 'dahling' thing got started?" She had a self-deprecating sense of humor and made plenty of jokes about her many marriages and her public life. Not one to shy away from controversy, she even played a role in The Naked Gun 2½: The Smell of Fear in 1991 that poked fun at her own conviction for slapping a police officer in 1989, when she was 66 years old.

According to Us Weekly, Gabor is survived by her husband, von Anhalt, and their son, Marcus Prinz von Anhalt.