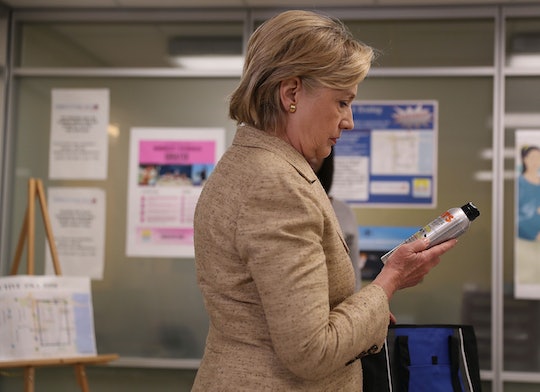 How Do Genetically Modified Mosquitoes Help Fight Zika? The Florida Keys Is Resistant

The first thing to know about mosquitos in general is that only females bite — therefore, only females can spread Zika. The British biotechnology firm Oxitec, who is designing the plan for genetically modified mosquitos in a lab, then releasing them in Florida, would therefore only be modifying the DNA of male mosquitoes, according to Stat News. Why? Because those males could safely be released into the wild to mate with females without contributing to the spread of the virus.

When these genetically altered males mate with the disease carrying females, the offspring that they produce can't survive to adulthood. That means there would be a gradual reduction in the overall mosquito population that would, in theory, slow the spread of Zika — at least through mosquito transmission.

Mosquitoes don't just spread Zika: throughout the world they spread diseases like malaria, dengue fever, yellow fever, various types of encephalitis (infections that cause swelling in the brain), West Nile Virus and even heart worms in dogs.

The World Health Organization has provided a framework for the testing of genetically modified mosquitoes since the late '90s. And more recently, the Food and Drug Administration released a statement specific to Oxitec's mosquitoes, which were deemed safe for release — meaning they were not intended to have a significant environmental impact that would outweigh the benefit they may bring in terms of slowing the spread of Zika.

Despite the evidence, many Florida locals intend to protest the release of genetically modified mosquitoes. Many residents of Key Haven have placed signs on their front lawns saying they do not consent to the release of the mosquitoes, and some widely circulated petitions are beginning to gain traction. This isn't the first time that Oxitec has worked with this specific community in the Florida Keys, either: back in 2010, when Dengue Fever cropped up in the area.

As of Tuesday morning, a petition on Change.org that was started four years ago — Say No to Genetically Modified Mosquitoes Release in the Florida Keys — perked up again and has reached 169,442 signatures. In the comments, recent signees shared their reasons for being against the release of Oxitec's mosquitoes.

NO consent for GMO mosquitoes. This cannot be forced upon us and our environment without our consent. lab results do not show effects of real-life situations that could include external agents and entities in our environment to produce negative unintended effects for everyone.

But some signees in protest of the release aren't even from Florida. UK resident Sheila Broun of Radstock, United Kingdom, chimed in as well:

Nature is a finely balanced ecosystem. Stop these meddling scientists wrecking our world, and our health.

A few of the signees also suggested that the FDA's protocol for approving such measures should be more stringent, including this comment from Jiulio Margalli, of Key West:

The FDA should require a three phase study akin to new drug applications. The FDA reg's that apply to 'devices', and GMO's should be updated. A 'modified' insect should not be treated like a corn plant.

In theory what Oxitec is proposing makes total sense: alter the biology of the mosquitos that can't spread the disease so that when they mate with the ones that do, the offspring won't survive long enough to continue cycle. In today's world, when people hear anything about genetic modification, they think Monsanto — which is one extreme example of the foibles of genetically modified organisms.

It's also a problem of "greater good" thinking: is it worth the risk of a temporary disruption of the ecosystem so that less people may become infected with Zika?

The final say comes not from the FDA, but from the Florida Keys Mosquito Control District, which is still accepting public comment from residents.

More Like This
What You Need To Know Before Talking To Your Kids About Gun Violence
Here’s What Sam’s Club’s Memorial Day Store Hours Look Like This Year
'Call The Midwife' Has A Fascinating True Story Behind It
New Parents Google Around 6 Baby Questions A Day, New Survey Says