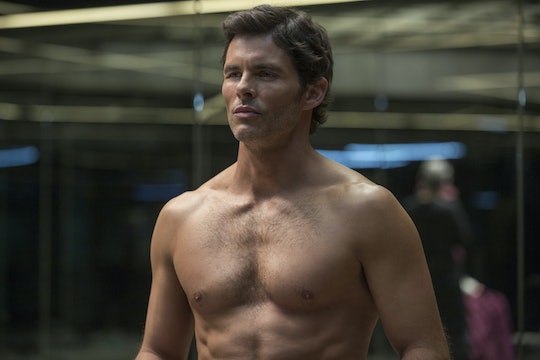 How Do Hosts Leave The Park On 'Westworld'? They Have To Be Closely Watched

On Westworld, which is the greatest thing to happen to HBO since Game of Thrones (I know), guests are treated to a choose-your-own-adventure style stay at the elaborate Wild West-themed amusement park of the future. It is meticulously designed and populated by robot "hosts" who often appear in the behind-the-scenes-scenes to be repaired, tweaked, or in some cases, conversed with. How do the hosts leave the park on Westworld? The answer hasn't been explicitly shown on the show, but I have some guesses.

We know that the guests arrive in the park via steam train, which transports them in their bespoke 19th century cowboy hats and hoop skirts to the created town of Sweetwater. Presumably, they leave the same way. But it would seem a bit silly if the hosts went to and fro by train as well. We know that Bernard has been sneaking Dolores out of her loop for impromptu chats, and he tells her to get back home before anyone misses her. This implies that Bernard is able to get her to HQ quickly enough that she can be gone for a few minutes without anyone noticing. So assuming it's not all one big virtual reality dream world, the lab must be close to the park.

I believe that the headquarters is actually directly underground of the park itself. At least, the place where the robots are repaired is beneath the park. You'll notice that this area has zero natural light and the ceilings appear low (although that last one may just be me). Furthermore, in the episode "The Stray," Elsie and Hobbs board some sort of elevator into the park when they're sent to retrieve the runaway android. This seems to be the most likely way in which a robot host would leave the park itself, under the care of an engineer like Elsie or Bernard.

Should a robot attempt to escape, he or she would first have to find one of these elevators, which must be very well hidden in order to keep up the illusion the guests pay for, obviously. So far the hosts are only just beginning to realize that such a place even exists. But I don't think it will be long until they figure out an escape plan.