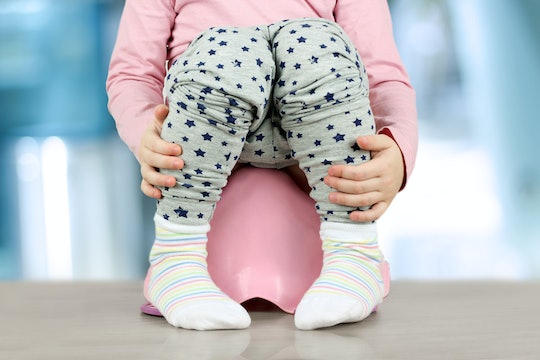 According to the Centers for Disease Control and Prevention (CDC), the pinworm — also known as the threadworm — is a small, thin, white roundworm called Enterobius vermicularis that sometimes lives in the colon and rectum of humans. "Pinworms are about the length of a staple," the CDC noted. "While an infected person sleeps, female pinworms leave the intestine through the anus and deposit their eggs on the surrounding skin."

Even worse, Healthline noted that pinworm infections are easily spread. "They’re most common in children between the ages of 5 and 10, people who live in institutions, and those who have regular, close contact with individuals in these groups."

According to Mayo Clinic, pinworm eggs can survive for two to three weeks on surfaces like toys, faucets, bedding, and toilet seats. If kids do contract pinworms and become itchy or scratchy, then the eggs get under the fingernails and can be transferred from contaminated fingers to food, liquids, clothes, or other people, the website noted.

A pinworm infection diagnosis typically requires a tape test which is exactly as it sounds, according to Healthline. The test is done at home by taking a piece of tape and pressing the sticky, adhesive side against the skin around the anus. If eggs are present, then they will stick to the tape. You should then take the tape to your doctor, so that it can be evaluated.

Adalja says treatment involves a single dose of medication that is highly effective and provides prompt relief, "though a second dose is often administered because of the high chance of reinfection." Healthline mentioned that in the event of an infected household member, it is important for everyone to be treated in order to prevent reinfection. "Serious complications and long-term health effects are rare," Adalja says.

If your child becomes infected, it's also important to scrub down household surfaces, thoroughly wash hands, and bathe and change underwear daily, according to the CDC. As if you need to be convinced to wash all of the things.

Also important? Some self-care on your end. Because, man, this is one of those parenting moments you won't soon erase from your mind.