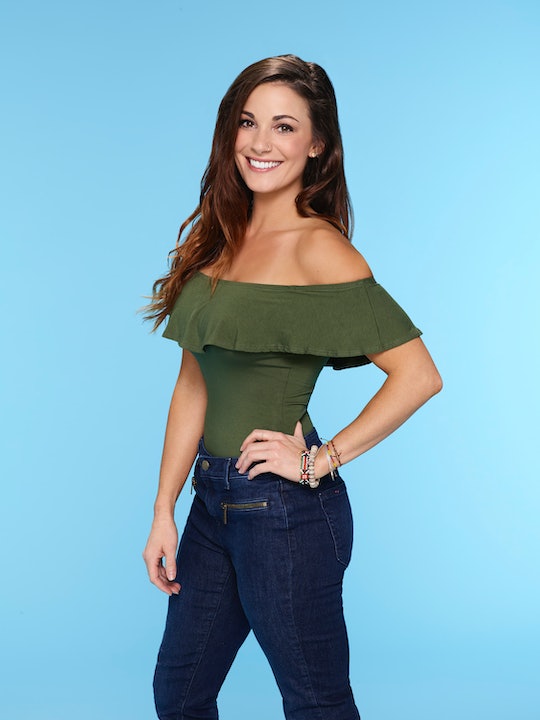 Monday's premiere of The Bachelor had a curve ball from the very beginning: Nick has already slept with one of the contestants! So much for the honeymoon suite, but it is sure to bring the drama later on. Turns out that Liz has already met Nick early in 2016 at other Bachelor alums Jade and Tanner's wedding. Not only was Liz a guest, but she was Jade's made of honor. How do Liz and Jade of The Bachelor know each other? This friendship goes way beyond the show.

America first met Jade on season 19 of The Bachelor, fighting for Chris Soules' heart. She ended up on the season season of Bachelor in Paradise, where she met former Bachelorette contestant Tanner Tolbert. Sparks flew almost instantly as they tend to do in Bachelor Nation, and the two were engaged at the end of the show's three-week shooting period. Naturally after less than a month of dating, you gotta get hitched! Jade and Tanner tied the knot on January 24 of last year – and it aired on television, of course.

Many Bachelor alum were in attendance, including Nick. That's where he and Liz met...but up until Nick's season, Liz herself was not on a Bachelor show. In fast, she has known Jade since they were little. Jade shared a photo on Instagram of the two on Valentine's Day last year.

"I couldn't ask for a better maid of honor," Jade wrote. She called Liz, "my best friend since kindergarten, my other soul mate, my friend who gets my taste in music, and my favorite person to be weird with any day of the week." It's safe to say that the two mean a lot to each other.

Early in the episode, we discovered that Nick and Liz met at the wedding. A clip of Liz's made of honor speech was shown, and Liz broke down what happened that night (aka they slept together). While Nick asked for her number, Liz thought he was just being polite and declined – but obviously that was not the end of their story. Will Liz become the one to win Nick's heart? What will Jade think of the two? Only time will tell, but it certainly started the season on an exciting note.