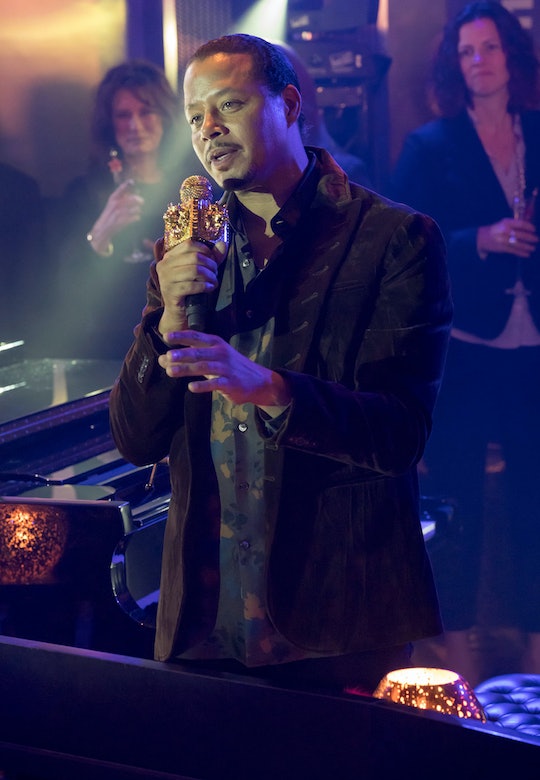 Luscious & Giuliana Have History On 'Empire'

In Empire, the world is very, very tiny. Everybody seems to know each other... and they know when it's convenient to say so. When this half of the season began, Giuliana was introduced as a Las Vegas nightclub looking owner looking to do business with Lucious. Oh, and she also killed her husband the first time the audience saw her. But as it turns out, she and Lucious aren't exactly strangers. They reunited during the last moments of Wednesday's episode, "The Naked Villainy." Drama is definitely going to go down. How do Lucious and Giuliana know each other on Empire? She hinted that there's history between them.

In case you missed it, Giuliana showed up at the end of the midseason premiere. It was clear that she wasn't someone to mess with. Andre and Shyne witnessed her husband, also an owner of the club, abusing her, but she quickly turned it around and shot him. If she was so quick to shoot her husband, how was she going to be with members of Empire? Well, Giuliana hasn't killed anyone else as of yet, but she has caused some heartache. She's been getting cozy with Andre, who's been dating Nessa. On Wednesday's episode, Giuliana told her about it — and the fact that she heard Nessa's own relationship was open.

It's easy to say Nessa was surprised to find out the status of her own relationship. That's not the only bomb Giuliana dropped, though. She has another Lyon on her mind, too: Lucious. He decided to steal the show from Angelo (typical) by singing a piano version of "You're So Beautiful," but Giuliana did not hesitate to interrupt. She came up to him and said, "Why don’t you play the song you wrote for me?" In one sentence, Giuliana had said so much. Not only did she imply that she and Lucious know each other, but she implied that they had some sort of relationship.

Lucious wrote "You're So Beautiful" about Cookie, and often goes back to it when feeling nostalgic for her. Has he written a similar track for Giuliana? Was there a time where Lucious was so in love with another woman that he dedicated a song to her? That's what Giuliana is hinting. Since viewers know nothing about this — and didn't even know Giuliana until a few weeks ago — perhaps the two were together while Cookie was behind bars. That scenario makes the most sense, but I'm still reeling that they were potentially a couple to begin with. Hopefully they shed some light on this shared past in the next episode.