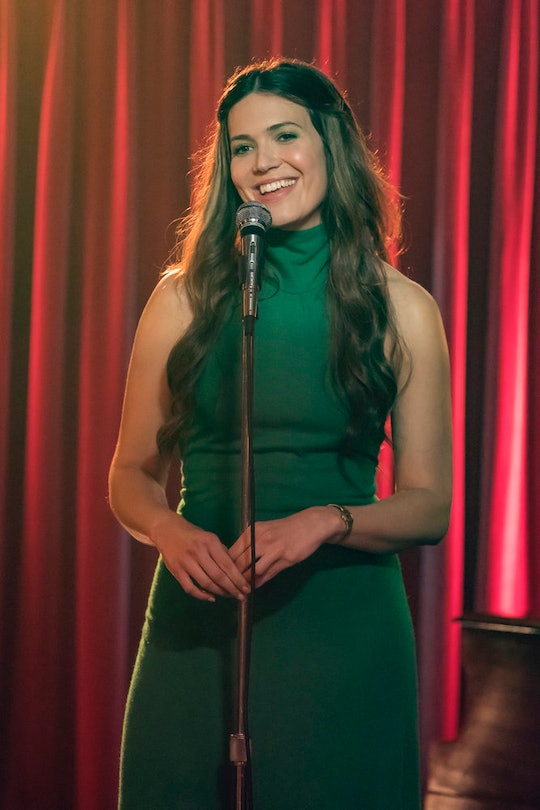 Rebecca & Miguel's Story Has Yet To Be Told

One of the first big shockers on This Is Us was the reveal that Rebecca and Jack were no longer together in the present day storyline, and that she had somehow ended up married to his best friend Miguel. Miguel and his wife Shelly had been close friends of Jack and Rebecca's, though their divorce momentarily unsettled the happy group. However, despite how close the couples were, Rebecca and Miguel never appeared to have any particular connection (though Miguel was a little overly complimentary about Rebecca at times). So how do Rebecca and Miguel get together on This Is Us?

Presumably Jack's death was a monumental factor in the formation of their relationship. Miguel has spoken about how seeing Kevin reminds him of his late best friend and how comforting that is. As two people who loved Jack deeply, it would make sense for Rebecca and Miguel to connect in their grief following his death. That connection over their shared loss could have eventually blossomed into love. However, it's understandable that fans haven't exactly reacted favorably to the idea; Miguel doesn't seem like a bad guy, but moving in on your dead best friend's wife is pretty much the definition of creepy no matter how pure your intentions.

Both Mandy Moore and Jon Huertas have talked about Rebecca and Miguel's relationship and while neither divulged the details of how they got together, they did make it clear that it was something that only began after Jack died. There was no cheating there. In an interview with The Hollywood Reporter, Moore explained that she still rooted for Jack and believed he and Rebecca were soulmates, but knew there was more to Miguel than audiences had seen.

Moore told Us Weekly that "nothing untoward" had gone on with Rebecca and Miguel before Jack's death, something Huertas confirmed to The Hollywood Reporter. "Miguel has never had feelings for Rebecca in that way in the past," Huertas said. "Miguel is not jealous or envious of Jack having Rebecca, he's envious of what they have because he doesn't have that with Shelly. He loves Jack more than anyone. Other than Shelly, maybe."

Showrunner Dan Fogelman told Entertainment Weekly a similar story, that Miguel viewed Jack and Rebecca's relationship through the same rose-colored glasses that the audience did. "I think the best of Miguel, and I like to believe that Miguel's infatuation on a different level with Rebecca began long after Jack was no longer in the picture," he said. "That's what I like to believe."

The fact that Rebecca and Miguel's relationship only started after Jack's death seems to indicate that his tragic demise may have cemented their bond. Rebecca and Miguel were the only ones who could truly understand what it felt like to lose Jack as a confidant and a friend, not as a dad. Their shared love for Jack may have led to them finding love with each other.