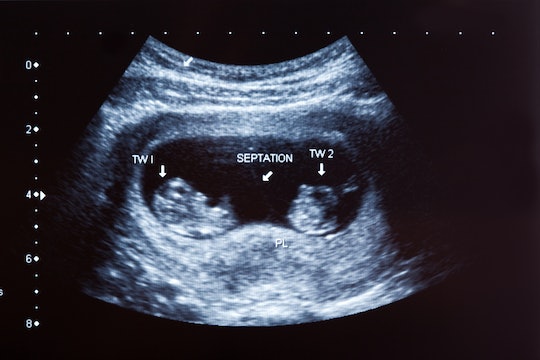 How Doctors Decide Which Twin Comes Out First, Because Birth Order Matters

Birth order carries a lot of significance for some siblings, often well into the adult years. Even an age difference of minutes can matter. With this in mind, how do they decide which twin comes out first during delivery?

For vaginal delivery of both infants, the twins decide birth order by their placement in the uterus. Once the babies are large enough to stay in one position in the womb, the twin lowest in the uterus is known as Baby A and the one furthest from there is Baby B, according to the Stanford Medicine News Center. In the majority of vaginal births, Baby A is born first. But occasionally the twins switch positions at the last minute, and Baby B emerges first, as further noted by the Stanford Medicine News Center. Still, the birth order is relatively straightforward.

When Cesarian section deliveries enter the picture, however, twin birth order can get more complicated. As many as 75 percent of twin births involve a C-section, according to HuffPost. (A few women even deliver one twin vaginally and the second via C-section.) If the lowest twin is in breech position, for instance, then a C-section may be necessary for both babies, according to Baby Center. In general, the infants are still delivered in the order of Baby A followed by Baby B. It's reasonable to imagine instances in which Baby B would need to be delivered first due to health complications, but there does not appear to be a recorded case of this occurring.

With all the emphasis on older and younger siblings, parents of twins face an important question: Do you even tell the kids about their birth order? Some parents withhold this information so birth order doesn't cause conflict in the twins' relationship, according to Very Well. Hey, for some kids being seven minutes older than a sibling is a huge deal. On the flip side, some parents acknowledge which twin was born first openly, in the spirit of truthfulness, as explained in Motherwell. In either case, the twins likely made this decision on their own in the womb, so there's no reason for contention. After all, other siblings don't get any choice in the matter of birth order.