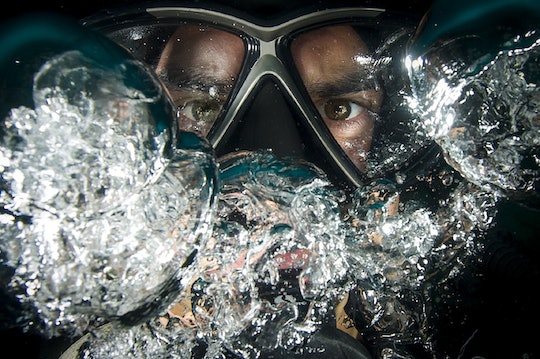 An air embolism, AKA gas embolism, results from an air bubble entering and blocking a blood vessel, according to Healthline. Although rare, these blockages can sometimes result in strokes or heart attacks, as further noted by Healthline. If at all possible, embolisms are something to avoid.

Under certain conditions, though, an air embolism can occur in the vaginal area. According to the International Journal of Legal Medicine, having oral sex while pregnant can indeed cause an embolism if the partner blows enough air into the vaginal area. (The journal used the word insufflation, or the act of blowing something into a bodily cavity. Just when you thought this topic couldn't get any more sexy.) The fix for this problem is simple enough. Just instruct your partner not to pretend your parts are a trumpet during oral sex. And, if you're prone to err on the extreme side of caution, you may want to skip oral sex during pregnancy.

Unfortunately, deaths have been recorded as a result of air embolism during pregnancy and immediate postpartum periods. According to the National Center for Biotechnology Information, women have died from embolisms by having sex shortly after giving birth via spontaneous vaginal delivery. (In two cases, the women had sex about a week after giving birth.) Apparently, in the period of time immediately following birth, sexual positions that involve a knee-chest position in particular can force air into the vaginal area and cause an embolism. Again, these are uncommon occurrences. But to stay safe, it's smart to follow your physician's guidelines about resuming sexual activity following birth. In general, waiting at least six weeks postpartum will give your body time to heal and recover. In most cases, though, vaginal air embolisms are not an imminent threat for most women.