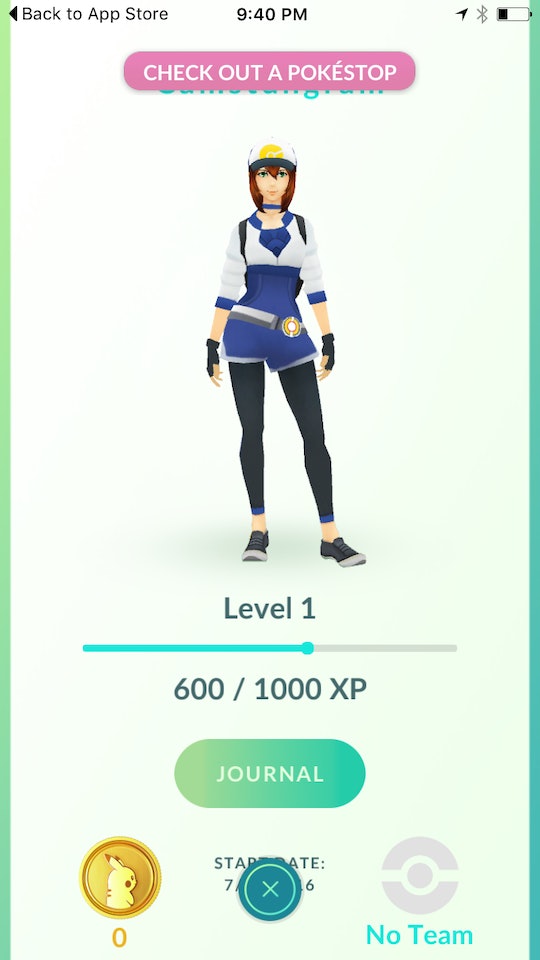 How Do You Change Your Avatar On 'Pokemon Go'? Users Might Be Out Of Luck

I love talking smack about "Pokemon Go" because I believe I've earned the right to. As a kid, I collected the cards, delicately placing all of them — not just my favorites — into laminated pages that filled a three-inch binder. I saw the movies in theaters and vividly recall my older brother and I shedding tears with Pikachu in a particularly emotional moment with Ash Ketchum. We had video tapes of Pokemon episodes that we rewound to learn the Pokemon rap. All of this being said, I have not yet downloaded the app. I've chauffeured too many a friend who's gone silent mid-conversation to catch a Pidgey on my dashboard. I had another friend wig out on me during dinner, googling "how do you change your avatar on 'Pokemon Go'" to no avail. In short: I worry Pokemon Go will take over my life and, more importantly, might take precedence over my Netflix queue.

But you know what? For the sake of earnest journalism, I'll go ahead and download it. Maybe it'll bring back all those good, late-90's memories. Maybe there's a Charmander or an Evee in my garage! Here goes nothing.

I've downloaded the app and have gotten the "remember to be alert at all times" warning (yes, I solemnly swear to not Pokemon while driving). Professor Willow (a total daddy) is lecturing me on the proliferation of Pokemon (apparently they're everywhere). I've agreed to help him out with his quest or gym or whatever it is and now I get to pick the outfit in which I will catch. Them. All.

For my avatar, I opted for skin a shade darker than my normal pallor, hair a bit more auburn than strawberry-blonde, green eyes (we're really rounding up, here), a blue hat (LOVIN' that hats are mandatory), blue clothes (okay so you can't really customize your style, just the color), and yellow accents on my shoes and backpack. And. That's it? I guess? My friend was complaining about the inability to change from her chosen shades of maroon, and that's likely because you can't alter your outfit on "Pokemon Go" after it's been picked out, I'm sorry to say. You're stuck with what you put on at first download.

That's not to say that you won't be able to change your avatar in future updates. As the app already supports in-app purchases, I can only imagine what updates Nintendo will develop with in order to raise their ever-increasing revenue. My vote's for an all-black ensemble, and maybe a beanie instead of the trucker hat.

Naturally, I caught a Bulbasaur on my coffee table (an adorable dinosaur-brussels sprouts hybrid). Aaand that seems like enough exertion for one night. Maybe when I'm out-and-about tomorrow I'll go ahead and open it up, but I just don't picture myself evolving my PokeDex on my lunch break. Besides, my personal belief is that they're cutest when they're at their youngest. Also, as a true pacifist, I wouldn't incite battles, be them Poke- or otherwise.