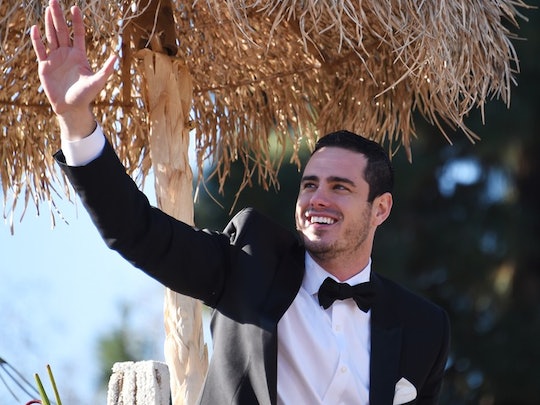 How Do You Get An Appointment At Love Lab Technologies? It Might Be Impossible

Monday's episode of The Bachelor took an unexpected turn when one of the group dates led the crew to a sterile, futuristic, sci-fi harkening "Love Lab" where the women were tested for their compatibility with Ben Higgins. Many fans found the testing odd, but that did not stop viewers from wondering how you get an appointment at Love Lab Technologies. Because science.

Unfortunately, Love Lab Technologies appears to have been an ABC invention (so you can't make an appointment — sorry!), but that does not mean there isn't some truth to the situation. Here are the facts:

Dr. Love Is Not His Real Name

The man referred to as "Dr. Love" on The Bachelor is actually named Paul J. Zak, a neuroeconomist whose most famous work centers on oxytocin, so dubbed (by him) the "cuddle hormone." Oxytocin is released when we're close to people, Zak claimed, and determines our relationship to and trust in them, according to a 2011 TED Talk Zak gave:

The more oxytocin flowing through our systems, the better we'll be as a society, Zak reasons. To get that oxytocin flowing, we should all start hugging each other more. My penchant for hugging other people has earned me the nickname Dr. Love. I'm happy to share a little more love in the world, it's great, but here's your prescription from Dr. Love: eight hugs a day.

Love Lab Technologies Is Not A Real Company

It does exist, but not under that name. That name, like Dr. Love, was probably encouraged by ABC. But as far as Google can tell, that company, under that name, in that space, does not exist. There is a Love Lab at MIT, but it mainly conducts immunology and cancer research. And there is a Love Lab app, created by VH1 Tough Love's Steven Ward and JoAnn Ward. The app somehow tries to find the holes and exaggerations in dating profiles so that you, love seeker, know the truth.

So, what was that building? It was most likely a set. And what is the real Love Lab Technologies? Mic investigated and concluded it is most likely Zak's company, ZESTx Labs, which collects quantitative data on how people respond to products and shopping experiences. Zak, or "Dr. Love's" lab coat bore the ZESTx Labs logo in Monday's episode, so this seems the most logical explanation. Zak even said so on Twitter.

Unfortunately, at the moment that lab does not take love-related appointments, so fans looking for a Bachelor-like experience may be out of luck. Based on what people know about Dr. Love, though, if there is enough demand he just may open up a branch of the real Love Lab.

All that said, there is some validity to the experiments the "Love Lab" team ran on Monday's episode. Pheromones, or people's natural, chemical scent, has been shown to be a factor in finding and choosing a mate. The shirt-sniff test has been carried out in many labs, and in this 2001 study — though it does not guarantee compatibility — a scent-attraction has been shown to be very powerful. In lieu of calling up Dr. Love and his off-putting robot assistant, Bachelor fans can try some of his tests on their own. Go on, sniff some sweaty shirts. Record your results. Report back.