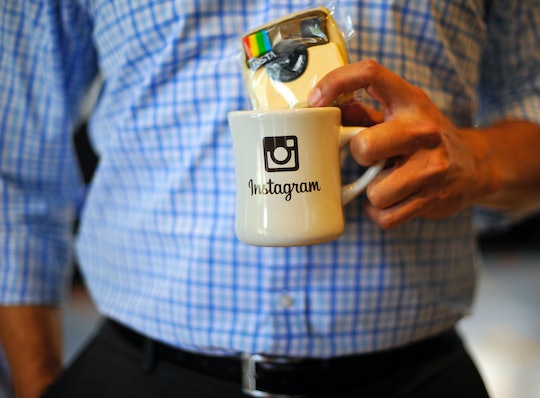 How Do You Skip Instagram Stories? It's As Easy As Snapchat

For some people, August 2 will be remembered as the day that Donald Trump kicked a baby out of one of his rallies. For others, it will go down in history as the day Instagram rolled out a new feature, Instagram Stories, and the internet freaked out. The new feature is an awful lot like Snapchat (in some ways, egregiously so), but with a few important differences, like where stories appear and who can see them. One thing that's pretty much the same though? How to skip Instagram stories.

The photo-sharing company explained the basic features of the new system in a blog post on their website, and they all seem pretty simple:

To view someone’s story, just tap on their profile photo. It’s easy to view stories at your own pace: tap to go back and forward or swipe to jump to another person’s story. If you want to comment on something you see, you can tap and send a private message to that person on Instagram Direct.

And if, a year from now, as you sit in a park, skipping past another story of Ingrid's desperate attempts to take nice-looking pictures of her Eggs Benedict, Snapchat founder Evan Spiegel approaches you and begs you to return to his platform, you may at first feel pity for him. "It was my idea first!" he will say, bedraggled, dark circles under his eyes, his once-cool t-shirt in tatters. "They stole it from me!"

But then you will look down at your phone and see that Josie just posted a perfect story of her with some huevos rancheros, and you won't have time for him anymore.

"Look," you will reply, echoing what Instagram CEO Kevin Systrom said on the day Instagram Stories was released, "You deserve all the credit. But this isn’t about who invented something. This is about a format, and how you take it to a network and put your own spin on it."

Evan Spiegel's face will fall. "Glory is fleeting! I should have taken Facebook's $3 billion offer to buy Snapchat back in 2013!" he will howl at the sky. Then, he'll cry, and you will make an Instagram Story out of it. And both Ingrid and Josie will love it.