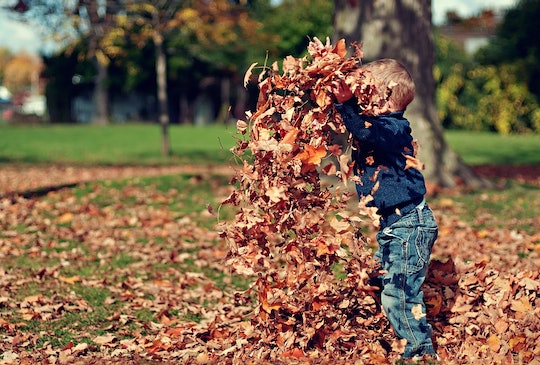 As if daylight saving wasn't hard enough to adjust to as an adult, having kids adds a whole new level of excitement (ie. non-excitement) to the time change. Besides the inconvenience of having to put your kids to bed at hours they're not used to, you may be wondering how does daylight saving time affect kids. Unfortunately, due to lack of evidence and research, it's not the easiest question to answer.

But first, a little background. Each year on the first Sunday of November, people set their clocks back an hour. Then, on the second Sunday of March, they set the same clocks forward an hour. But why? According to National Geographic, the goal of daylight saving is to simply adjust the hours of the day so that there's the most daylight when people are most active. It sounds innocent enough, but how does it play out practically?

According to Kids Spot, some children may have a hard time adjusting to a new bedtime schedule twice a year. Just imagine being a toddler and learning that nighttime has shifted, and you now have to either stay awake until the wee hours of the night (a whole hour later than normal) or go to bed a whole hour earlier than usual (good luck with that one.)

One of the reported goals of daylight saving is to increase activity during daylight hours. However, according to the International Journal of Behavioral Nutrition and Physical Activity, the days following the time change had little to no impact on children's activity, meaning they spent about the same amount of time playing before the time change as they did afterwards. The study concluded that, when an entire population is taken into consideration, the overall effect of increasing daylight hours could be positive, but it's hard to tell for sure.

Regardless of whether you believe the time change to be positive or negative, there are several things you can do to prepare your kids ahead of time, making the change as seamless as possible. The Huffington Post recommended keeping your same schedule, trying to wear your children out close to bedtime, and avoiding sugar and caffeine after lunch time.

Even though daylight saving is an unavoidable situation, parents can make the most of intentional scheduling to ensure the impacts aren't negative.

More Like This
Festive Mommy & Me Holiday Nail Ideas To Try
101 Advent Calendar Activities, From Books To Read To Cookies To Bake
Real Parents Share What Time They Let Their Kids Rip Into Gifts On Christmas Morning
Spread Some Christmas Cheer In Your Child’s Bedroom