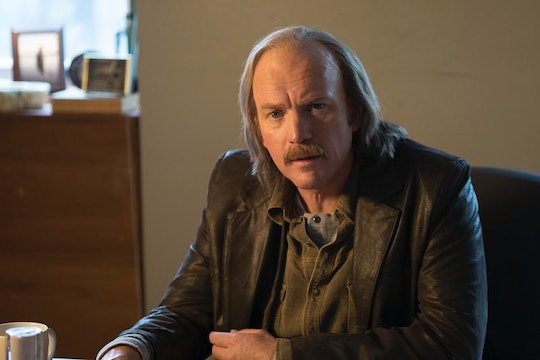 'Fargo' Season 3 May Connect To Past Seasons

Although FX's limited series Fargo follows different characters each season, there are still connections that can be made between them. For example, in Season 1, fans met Chief of Police Molly Solverson and her father Lou. Then in Season 2, fans met the younger versions of these characters and saw Lou during his early days as a police officer. This connection has led many fans to wonder how does Fargo Season 3 connect to Season 2? Right now, it's hard to say, however, show creator Noah Hawley did tease that there could be a connection between Season 1 and 3 since they're only four years apart in time.

According to USA Today, Hawley teased that there's definitely a possibility that a character from Season 1 could return for the third season. Additionally, Ewan McGregor — who plays brothers Ray and Emmit Stussy in Season 3 — said that midway through the season "somebody's there, in a pretty big way." It'll be interesting to see what exactly that means for the show, but from the sounds of it, it seems more likely that characters from Season 1 will make a reappearance, rather than characters from Season 2. Sorry, Peggy Blumquist fans.

Still, even if there aren't major connections to the previous seasons, Season 3 is still shaping up to be just as good, if not better, that the first two seasons. Starring alongside McGregor are David Thewlis as a sketchy, shadowy figure, Michael Stuhlbarg, who plays Emmit's adviser Sy Feltz, and Mary Elizabeth Winstead, as Nikki Swango, Ray's girlfriend and parolee.

Hawley had actually wanted to recruit Winstead for earlier seasons but didn't put her in until now, and there's no doubt Winstead's role will be worth the wait. Also starring in Season 3 is Carrie Coon, who will play a cop. Though she's not in the same town as the other characters, Coon's Gloria Burgle will get figured into the story through a case of mistaken identity, which sounds all sorts of intriguing.

As with the other seasons, Hawley promises that this season will continue to read like a real true story, even though it's not. The twists will be just as absurd and shocking as those in the previous seasons, and critics have already agreed that fans will love Season 3 just as much as the first two.

Viewers can see if and how Season 3 of Fargo connects to Seasons 1 and 2 when it premieres on Wednesday, April 19 at 10 p.m. ET on FX.