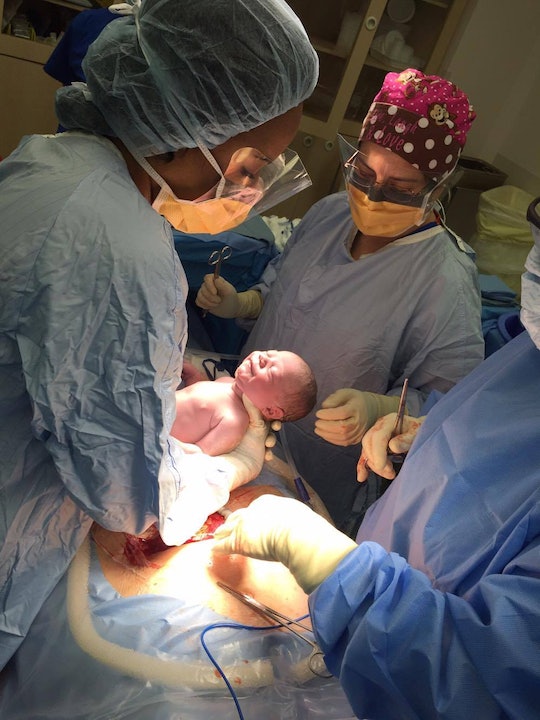 How Does Having A C-Section Affect Breastfeeding?

If you have gotten the news that you will need a scheduled C-section, or if you fear that you will be one of the estimated one in three moms in the U.S. who will deliver via cesarean this year, you might be wondering, how does having a C-section affect breastfeeding? There are a lot of myths surrounding breastfeeding after a C-section, and lots of misinformation passed down from generation to generation. The fact is that a C-section, in most cases, will not prevent you from being able to follow through with your dreams of nursing your baby.

Our mothers and grandmothers were led to believe that if they had a C-section, they could not or should not breastfeed their babies. Newly delivered babies were whisked away to the nursery while moms recovered (often from general anesthesia) and were given a bottle of formula by a nurse. There was little encouragement or support given to moms who wanted to breastfeed. In fact, according to the Journal of Pediatric Nursing, prior to the 1990s, many new mothers were regularly offered lactation suppression medications such as parlodel and bromocriptine. These drugs were eventually found to have brain-related side effects and are no longer approved for use in milk cessation.

Here are some ways that having a C-section delivery can affect breastfeeding.