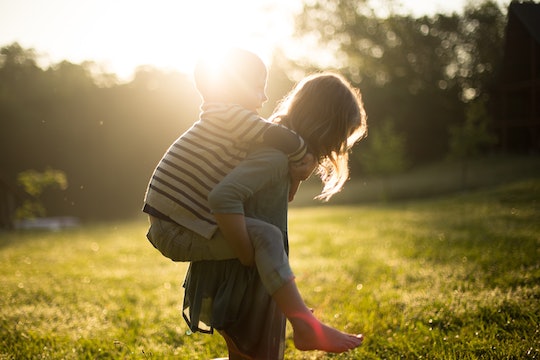 Though President-elect Donald Trump remained vague in how he actually intended to repeal and replace Obamacare during his campaign, recent developments are starting to bring light to his intentions regarding healthcare reform. Among these intentions? The privatization of Medicare. You're likely wondering, then: How does privatizing Medicare affect families? House Speaker Paul Ryan and Trump are converging in their viewpoints on the matter, as they both seem to agree that the federal government should limit its monetary contributions to Medicare insurance plans. Forbes observed that this adjustment has both its pros and its cons: "Supporters say premium support would give seniors more choice, while critics say it would make insurance unaffordable and drive participants away from traditional Medicare."

The switch over could be quick. "Within the first six to eight months" of Trump's presidency, Budget Committee Chairman Tom Price explained to The Hill, "lawmakers will likely begin their Medicare transformation. Passed in a budget reconciliation bill, which is immune to filibustering but still requires Senate approval, Republicans will attempt to privatize Medicare."

Currently, consumers pay 30 percent of Medicare costs while the federal government takes care of the remaining 70 percent. Now, Republicans are looking to cap the government's potential contribution per person by "[giving] seniors a fixed amount of money to buy insurance," Forbes reported. This "cap," referred to formally as a "premium support model," would rise each year, though on its own terms, not adjusting to medical inflation. Thus, seniors could end up paying a much higher percentage of their healthcare costs, all depending on how the medical markets fare. Ideally, though, the Medicare cap "could create pressure to hold down the rapid rise in medical costs," though there's no guarantee that this would happen, according to Forbes.

The privatization of Medicare will likely place unprecedented economic burdens on seniors. With an unfixed, senior contribution compared to a fixed, federal one, Medicare users could find themselves paying much more than they ever intended to, and much more than they're able. Younger generations will find themselves with the responsibility of supporting their loved ones, contributing funds in increasing amounts, all at the will and whim of medical inflation.

55 million Medicare users would thus be shortchanged in favor of reduced spending. This, in conjunction with Ryan's desire to raise the age of eligibility from 65 to 67, means that families could be shouldering a lot more of a healthcare burden than they bargained for. Despite Republican claims against Medicare's efficacy, Medicare is not bankrupt, analysts insist, so such gestures to change its functioning read like slash-and-burn attempts to overhaul the federal budget. These attempts affect more than a budget's bottom line — the health and financial well-beings of entire families are at stake.