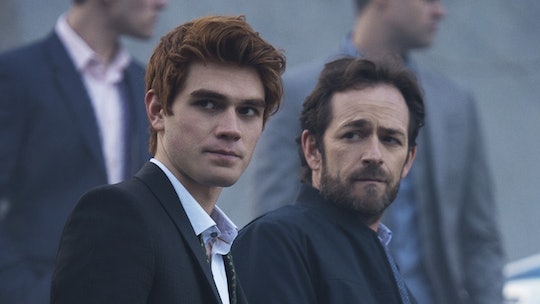 The Archie comics are coming to The CW, but not exactly in the way you'd think. The new CW show, Riverdale, is inspired by the popular comics but the show is a bit different than the comics they're based on and that's because it's supposed to be. So how does Riverdale compare to the Archie comics?Riverdale is described as "a subversive take" on the comics and will explore small town life while also looking at the "darkness and weirdness bubbling beneath Riverdale's wholesome facade." The "wholesome facade" would be the general idea of the original comics.

Starting in 1941, the Archie comics followed Archie Andrews and his friends as teenagers as they went through their daily high school lives and drama that comes along with it. Along with Archie, there's his best friend Jughead Jones, his friend Betty Cooper, and her best friend Veronica Lodge. The comics, which have spread to various other series, also includes the popular Josie and the Pussycats and various other characters.

The main characters (Archie, Jughead, Betty, Veronica, etc.) will all be on Riverdale, though they'll be a little different. According to Cole Sprouse, who plays Jughead, this version of the character is "a little more creepy" and more "film noir" than the comic book version. This seems to be the case for most of the characters, as the show centers around a murder and everyone is either somehow involved or harboring their own secrets.

One thing that definitely stayed the same though, is everyone's love for Archie. In the comics, both Betty and Veronica rival for Archie's affections, amongst many other girls. (Warning: minor spoilers from the comics ahead.) In later comics, Archie even marries both ladies as well as Valerie who's one of the Pussycats. However, Archie's relationships on Riverdale seem even more complicated because he's apparently hooking up with a teacher. I don't remember that happening in any comics.

Riverdale almost seems like a combination of the original Archie comics and the very short-lived animated series Archie's Weird Mysteries. Though the cartoon was for kids and wasn't about murder, it did revolve around Riverdale becoming a beacon for monsters. Hopefully, Riverdale goes over better with fans than Weird Mysteries, which only lasted one season.

While Riverdale is clearly not the lighthearted show some Archie comics fans may have hoped it would be, that doesn't necessarily mean the show won't be good. If you'd like to give it a chance you can watch the series premiere on Thursday, Jan. 26 at 9 p.m. ET on The CW.